From the Creole State to the Magnolia State, Heather Verdin finds her home in Brookhaven. Verdin, 19, moved to Mississippi in 2014. She resides in Sontag but is making her move to Brookhaven in two weeks.

“I am originally from Houma, Lousiana,” said Verdin. “I am the only person in my family that doesn’t reside in Louisiana.”

With Verdin’s busy schedule, keeping a planner is a necessity.

“I need my planner, it organizes my mind and I’d go crazy if I didn’t have everything planned out,” said Verdin.

Although she rarely finds time for activities, she said rap music has been an interests of hers lately.

“Eminem is my favorite rap artist,” Verdin said. “I’ve enjoyed his music since I was younger.”

“My grandparents’ gumbo is my favorite. I often wish I could fly home so it wouldn’t take me three hours to drive to Houma and get some,” Verdin said. “We always make a huge pot of gumbo for Christmas every year.”

Verdin’s best quality is her personality. 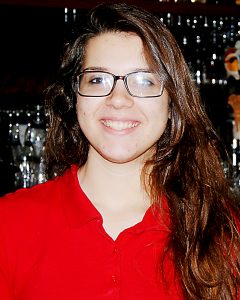 Driver clocked at almost 100 mph on I-55 in Lincoln County, charges pending

A McComb man clocked driving nearly 100 mph on I-55 today was taken in for questioning by Mississippi Highway Patrol after... read more