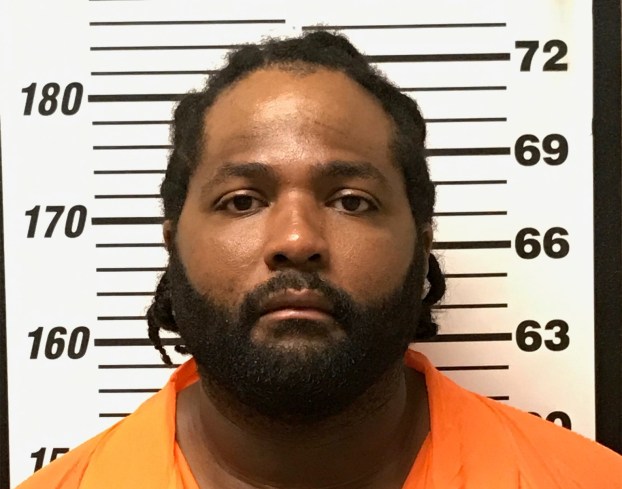 The first court appearance for Willie Cory Godbolt, 35, of Bogue Chitto, was held Tuesday afternoon in Copiah County Justice Court in Gallman. The hearing was moved to Copiah County due to safety concerns, officials said.

Godbolt was charged with one count of capital murder and seven counts of first degree murder.

The capital murder charge is for the death of deputy William Durr, 36. The first degree murder charges are for the deaths of Barbara Mitchell, 55, her daughter, Tocarra May, 35, and Mitchell’s sister Brenda May, 53, all of Bogue Chitto; Austin Edwards, 11, and his cousin, Jordan Blackwell, 17, of Brookhaven; Ferral Burage, 45, and Sheila Burage, 46, of Brookhaven.

The court documents detailing the charges against Godbolt state that he knew Durr was a law enforcement officer when he killed him.

Godbolt’s case now goes to Lincoln County Circuit Court. He is expected to get a court appointed attorney Wednesday.

A court official said it would likely be the end of the year before a Lincoln County grand jury hears Godbolt’s case.

If found guilty Godbolt could face the death penalty or life without parole for the capital murder charge. First degree murder can carry a penalty of life in prison with the eligibility of parole. His next appearance in Circuit Court is expected to be at the end of July.

About 35 people were present for Godbolt’s hearing Tuesday. Several law enforcement officers were in attendance.

Godbolt arrived in an orange jumpsuit with his ankles in shackles. He had a cast on his left arm from a shooting injury he received before being captured by officers Sunday morning.

He stood before Lincoln County Justice Court Judge Roger Martin in silence as the charges were read. He looked directly at Martin and down at the floor at times during the hearing, which lasted about five minutes.

The courtroom was largely empty. There was seating for about 100 people.

Godbolt’s shooting rampage began around 11:30 p.m. Saturday at 2871 Lee Drive in Bogue Chitto, where he allegedly shot to death Durr and three other people — Barbara Mitchell, Tocarra May and Brenda May, said Warren Strain, a spokesman with the Mississippi Bureau of Investigations.

Godbolt arrived shortly after that at Coopertown Road. That’s where he is accused of killing two juveniles, Strain said. The two have been identified by school officials as students in the Brookhaven School District. Edwards was a sixth-grader at Lipsey Middle School. Blackwell was a senior at Brookhaven High School and a linebacker on the Ole Brook football team. Godbolt is accused of killing Ferral and Sheila Burage at their home at 312 East Lincoln Road a short time later, Strain said.

Godbolt was arrested by law enforcement near Super Jack’s at East Lincoln Road and Hwy. 84 as he was walking away from the East Lincoln home, authorities said. He’d been shot in the arm, most likely by someone in one of the three homes where the shootings occurred, Strain said.

Dee Bates, district attorney for the 14th Circuit Court district, said his office has no comment on the pending investigation involving Godbolt.

“We are working closely with all law enforcement agencies involved,” he said in a statement to the media. “Once the investigation has been completed, the case will be presented to the Lincoln County grand jury for consideration. All persons are entitled to a fair and impartial day in court and are presumed innocent until proven guilty beyond a reasonable doubt.”

Bates offered condolences to the families of those killed.

“Our heartfelt sympathies go out to all families involved in this horrific tragedy. We are working closely with the families of all of the victims that were involved,” he said. “We would also like to commend all law enforcement agencies that have handled this tragic incident with the utmost professionalism.”

Evidence from three crime scenes has been submitted to the State Crime Laboratory for analysis and the State Medical Examiner is conducting autopsies on victims while investigators conduct interviews in the on-going investigation.

Brookhaven Board of Aldermen approve special use permit for Edgewood Mansion