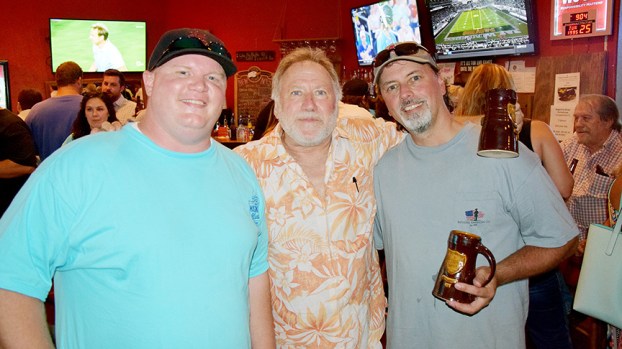 The search is on for the best beer brewers in Brookhaven.

“We’ve had people from Pensacola, Florida and Mandeville, Louisiana, come up for the weekend for this event,” Carl Craig, owner of Magnolia Blues, said. “It has gotten bigger every year.”

Craig said only three brewers competed in their inaugural year, but a dozen signed up for last year’s contest. So far, nine brewers are on the roster to compete.

“We still have a few days to sign up, so we are hoping to add a few more,” he said.

There are two categories in the contest — the Judges’ Competition and the People’s Choice.

The Judges’ Championship is decided by a select panel of beer experts, such as Lisa and Pat Miller, who are the owners of Natchez Brewing Co.

“Each brewer will submit one beer to the judges, then they will go sit in the back and score the beer on a scale from 0 to 5. The judges will tally up the scores and the highest score wins,” Craig said.

The People’s Choice is picked by ticketholders at the event who sample the entries and cast a vote for a favorite.

Beer must be brewed with home-brewing equipment. No commercial brewing in allowed. Participants must be at least 21.

Brewers may enter one beer only in each competition but may bring as many beers as they would like ticketholders to sample.

“My favorite thing is meeting all of the new brewers and seeing how enthusiastic they are about it,” Craig said.

The event is free and open to the public age 21 and older. The competition will be from 4 to 8 p.m. Live music will begin at 8 p.m.

Man shot in leg in Brookhaven recovering in Jackson