Funeral services for Ricky Gerald Ward, of Brookhaven, are Thursday, June 15, 2017, at 11 a.m. at The Church of Jesus Christ of Latter-Day Saints (Brookhaven Branch) in Brookhaven with burial at Red Star (LDS) Cemetery in Brookhaven. Bro. Jerry Britt will officiate the services. Brookhaven Funeral Home is in charge of the arrangements.

Mr. Ward, 62, died Saturday, June 10, 2017, at the University of Mississippi Medical Center in Jackson. He was born April 2, 1955, at King’s Daughters Hospital, and lived for most of his life in Brookhaven. He was the son of the late Clyde and Nellie Ratcliff Ward.

He was a faithful member of The Church of Jesus Christ of Latter-Day Saints, a husband, a father, and, in every way, a teacher. Through his service in the LDS Church, he joyfully volunteered as a leader in the Boy Scouts of America, as well as a leader and teacher of the youth. In addition, he never missed a chance to teach his children and grandchildren all about rocks and minerals, bird watching, oldies rock and pop music, and, above all, how to live good and worthwhile lives.

He was a teacher professionally, spending 20 of his 29 years teaching public school at Lipsey Middle School. Many in the community remember him for his classroom jokes, his turtles, his science experiments, and the kindly way he encouraged his students and lightened the hearts of all whom he taught and worked alongside.

Preceding him in death were his parents; and sister, Peggy Ward Pead. 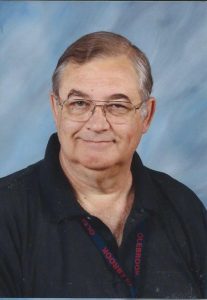