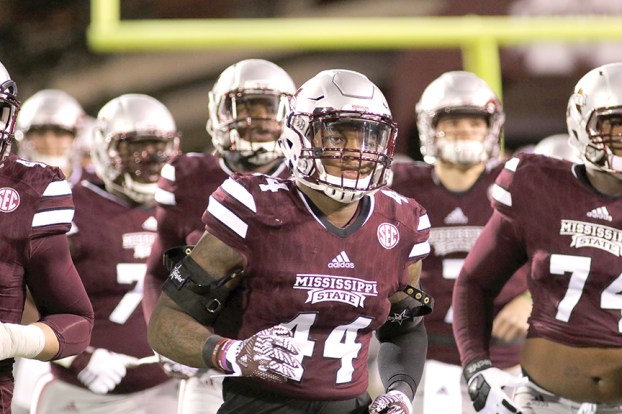 The lawyer representing Rebel Rags in a defamation lawsuit related to the NCAA’s investigation into the Ole Miss football program is directing Leo Lewis and Kobe Jones to answer questions under oath.

Attorney Charles Merkel Jr. has issued a notice of video deposition to the two Mississippi State players, according to case documents. Lewis, Jones and Lindsey Miller, the stepfather of former Ole Miss star Laremy Tunsil, are defendants in a suit filed in Lafayette County Circuit Court over the weekend that’s seeking damages on the Oxford-based clothing company’s behalf for defamation, commercial disparagement and civil conspiracy.

Reached by phone Monday, Merkel, of Merkel & Cocke, P.A. in Clarksdale, said each named defendant has 30 days to file an answer before any discovery, including depositions, can take place. The depositions are scheduled for July 19.

Case documents did not show a notice issued to Miller. The NCAA granted Lewis and Jones limited immunity from possible sanctions at MSU in exchange for truthful accounts of their recruitment by Ole Miss.

The lawsuit stems from what Rebel Rags owner Terry Warren, referred to as Booster 9 in Ole Miss’ Notice of Allegations, believes are deliberately false statements made by Lewis, Jones and Miller in regards to his business’ alleged involvement in rules violations. Specifically, Allegation 9 in the NOA accuses former staffers Chris Kiffin and Barney Farrar of arranging for the three to receive free merchandise from the store between Jan. 25-27, 2013 and between March 28, 2014 and Jan. 31, 2016, a charge the NCAA classified as Level I.

The school denied the allegation entirely in its 124-page response to the NOA as did Kiffin and Farrar individually. All three claim there’s no proof to corroborate the claims made by Lewis, Jones and Miller.

The school also said in its response that 15 other then-recruits and family members were asked about the allegation with all of them denying that they ever received any free apparel from the store.

The case documents also list 15 other defendants as Jane Does, whose identities won’t be revealed until further discovery determines whether or not each was involved and should also be added to the case, Merkel said.

In order to win a defamation case, it has to be proven that false statements were knowingly made about a factual matter with the intent to harm. Merkel said there “absolutely” is proof of that, citing documented records that show many of the claims to be impossible.

Meanwhile, Merkel said Warren has received hate mail and threats of boycotts from “people who think he got Ole Miss in trouble.”

“Each of the Defendants intentionally, maliciously and/or with reckless disregard for the consequences of their actions made several false statements to enforcement staff members of the National Collegiate Athletic Association proximately causing economic and reputable damage to Plaintiff,” part of the lawsuit said.

The 2016-2017 school year in Lincoln and Copiah counties has seen many great athletic seasons from multiple teams throughout the... read more