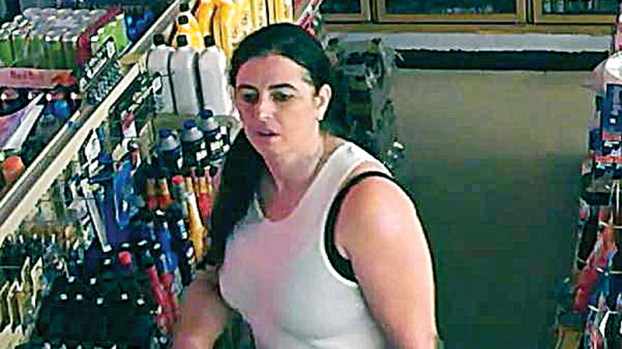 Police: Have you seen this woman?

Brookhaven Police are looking for a woman and her accomplice who they suspect robbed a convenience store clerk at his home before burglarizing the store.

Detective Cpl. Jonathan Alford said the woman and an unidentified man are suspects in an armed robbery that occurred sometime between 1 and 2 a.m. Monday near the C-Store on East Monticello Street. He said it appears the suspects tied up the clerk at his apartment next door to the store and robbed him at gunpoint. They allegedly took personal items from the clerk and also his keys, which allowed them to get into the closed store.

He said at the C-Store the pair allegedly took store property and an undisclosed amount of cash.

Video surveillance shows them leaving the store in a black Dodge Challenger with dark rims.

Alford said the woman appears to be in her early 40s while the man looks to be older. He said that from leads received so far, police believe the pair are from the Jackson metro area. He thinks the woman may have been in the Brookhaven area for a few weeks.

Police were called to the scene around 4 a.m. after the clerk was able to get untied and call 911, Alford said.

Q: What are the speed limits for trains in Lincoln County? A: It appears officials don’t necessarily know, or aren’t... read more