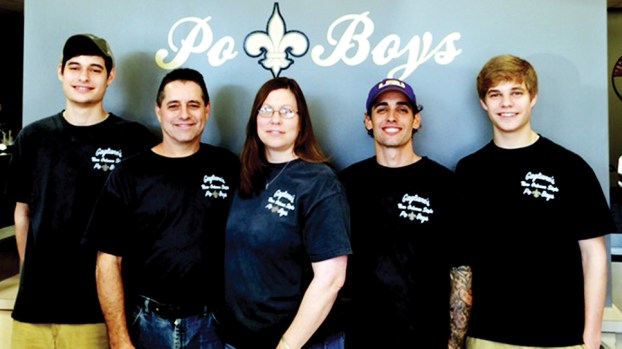 New Orleans style, taste are on the boulevard

Authentic cajun po’ boys at a tobacco store? Why not.

Originally from Chalmette, Louisiana —  a suburb of New Orleans — Gagliano worked for over 30 years as a paint contractor in New Orleans. He worked in the St. Charles Avenue, Uptown and Garden District areas.

“Drew Brees is actually one of my clients. He told me he was going to come eat at my restaurant one day. I’m not holding my breath,” Gagliano laughed. “I still get calls from my former clients down there.”

Gagliano started painting when he was 22 years old. He was very successful at it but always a had vision of opening up his own restaurant one day. The move to Brookhaven came in July 2004.

“I hunted up here for years and years,” said Gagliano. “We ended up buying our own land and built a house. When I moved up here, I knew I wanted to eventually bring New Orleans-style food to Brookhaven but it would take some time because I was still commuting back and forth from New Orleans every day.”

His wife, Stacie, stayed in Brookhaven while he ran the roads.

“I was traveling all the time so she was looking for something to do and that’s when we decided to open up a tobacco shop,” Gagliano said.

Gagliano commuted for 10 years before retiring from painting. Gagliano’s New Orleans Style Poboys opened its doors in January 2014. It’s located in the same building as the discount cigarette shop.

“Cooking was my hobby. We were just going to do the poboys to go at first but then it just exploded,” Gagliano said. “We just went all in and we kept getting more and more business. It just happened and I’m glad.”

Gagliano’s offer a wide range of poboys such as shrimp, oyster, catfish, crawfish. Customers can also get a sloppy roast beef, a shrimpzilla or a half and half if they’re torn between oyster or shrimp. It has both.

They also offer different dinner plates. Throughout the year they will have specials on oysters on the half shell, crawfish and steak nights.

“I hope one of my sons will take over in the future and we just keep growing. To me the most rewarding thing about this, is meeting and talking to people. It’s also rewarding when people like the food,” he said.

Though the city now owns the old motorcycle building right off the busy intersection of East Monticello Street and Railroad... read more