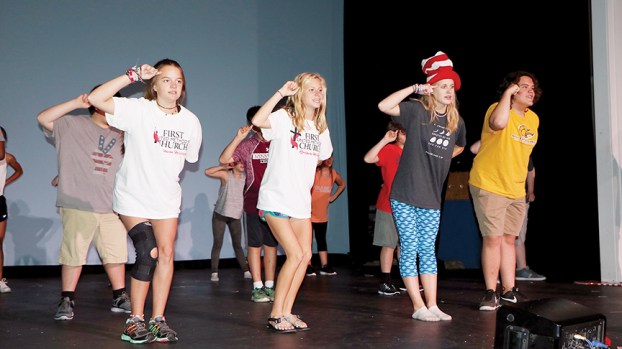 Photo by JoAnna Sproles/BLTeens cast members practice for their upcoming performances in “Seussical the Musical Jr.” at the Haven Theatre.

Original Horton hears a Who in Brookhaven

According to Internet Movie Database, Chamberlin is one of the few Broadway actors who has been nominated for the Tony Award in three out of four acting categories: Best Actor in a Play for “Dirty Blonde,” Best Actor in a Musical for “Seussical” and Best Featured Actor in a Musical for “The Addams Family.” He also received Drama Desk nominations for these roles. His film debut was in 1995, playing Charlie the bomb diffuser in “Die Hard With A Vengeance.”

Chamberlin’s film credits also include movies such a “Taking Woodstock,” “Road to Perdition,” “Christmas with the Kranks,” “In and Out,” “Suspect Zero,” “Trick” and “Lucky Number Slevin.” He has guest-starred in numerous TV shows including “Frasier,” “Modern Family,” “Heroes,” “CSI: New York,” “According to Jim,” “Nip/Tuck” and “Law and Order SVU.”

“His agent emailed us through our website,” said Emily Waterloo, BLT’s executive director. “Our team is putting on ‘Seussical Jr.,’ a Dr. Seuss-infused musical show. I’m assuming he saw us purchase the rights to do the show.”

Chamberlin’s team reached out to Waterloo and expressed a desire to partner on a project in the future.

“I thought it was going to be too late, because when we talked, we were doing the show in two weeks and it just so happened that Kevin had a couple of days available. Those days were during our opening nights,” she said.

Chamberlin will be flying in from Los Angeles Wednesday night and working with the BLTeens all day Thursday. He will be a part of the show at the opening that night.

“He has a workshop that he can do with theaters,” Waterloo said. “It’s a way to give back and invest in the future artists that are going to be the future of the Broadway industry.”

“We can learn a lot from where we are but just having someone with this vast experience and notability is great. I think investing in our kids this way, for them to see a broader picture of the industry is priceless,” Waterloo said. “Because of his knowledge and experience, he has a lot to offer. I think what he’s going to be able to teach our kids in this workshop is icing on the cake. The show will be phenomenal.” 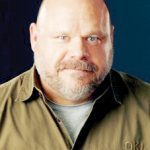 No charges filed yet in Sunday shooting in West Lincoln

Lincoln County Sheriff’s deputies are investigating a fatal shooting — the 10th in the county this year — that happened... read more