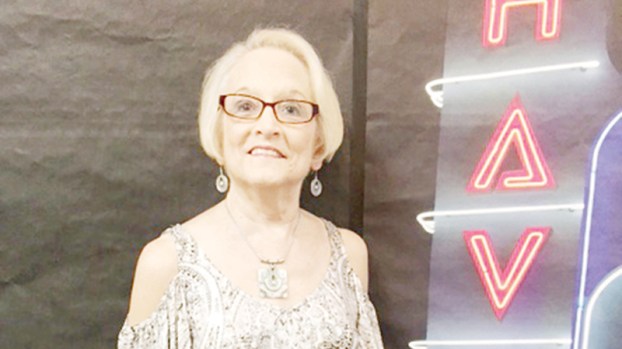 Construction will begin soon on the Willing Hearts Memorial Garden, which will be built in memory of longtime hospital supporter Sue Fenn Minter.

The Brookhaven woman, who died Jan. 11, was a member of the King’s Daughters Medical Center board and the Willing Hearts Circle.

The garden will be located on the northwest end of the hospital. It will feature a wall to commemorate Minter. Construction of the garden is made possible through donations from the KDMC Foundation and the Silver Cross Foundation.

As an added feature, the garden will include memorial bricks and benches along the pathways.  Bricks can be purchased for $125 each in memory of loved ones. Benches will be $1,500 each.

The target date to complete the project is the end of August, said KDMC spokesman David Culpepper.

The garden will feature beautiful plants, walkways and benches.

“We really wanted to create a reverent area of reflection and prayer that pays tribute to such a selfless person as Sue,” said Wanda Hart, chairman of the Willing Hearts Circle.

The wall will feature a four-foot Maltese cross which is the symbol of the Willing Hearts.  This cross will be built by Minter’s husband, James, who owns B&O Machine and Welding.

“Sue loved this hospital,” Minter said.  “She would be excited to see this beautiful addition.”

The garden will be designed with plants and flowers that were some of Minter’s favorites.

It may include gardenias because she loved the fragrance and roses because she always tried to grow them and couldn’t, Minter said.

Other favorites that might make it into the garden are daylilies in bold colors, hostas, zinnias, red crepe myrtles, hydrangeas, camellias, caladium, white phlox and azaleas. Though she loved pink flowers, when it came to hydrangeas she preferred blue.

The zinnias have a special connection to her mother.

“Her mother grew those and they brought back a lot of childhood memories,” he said.

Another “plant” Minter hopes will make its way into the garden is a bottle tree. There’s one in his yard still with blue bottles on it.

“She liked to look out the kitchen window at it,” he said.

She discovered art late in life, and believed the colors in a garden were like paints on a canvas. She’d love the Willing Hearts Memorial Garden but she would be embarrassed at the dedication.

“She would think she didn’t deserve it and she’d wonder what all the fuss was about and I’d have to sit her her down and tell her she deserved every bit of it,” he said.

She was proud of her participation in the Willing Hearts Circle and was overjoyed when she was invited to join their organization.

“The women in that are the women I want to be like,” she told him.

“She loved that organization and loved those ladies,” he said.

The garden will be open to visitors to come and sit peacefully, Culpepper said.

The project will be the latest in improvements to KDMC.

“We’re proud of our hospital. This area makes it even better by offering a wonderful place for the families of our patients to gather their thoughts and offer their prayers,” said KDMC CEO Alvin Hoover.

The KDMC Foundation is excited to be able to help facilitate this project, said Foundation Director Jeff Richardson.

“The focus of our Foundation is to help make improvements to our hospital,” Richardson said.  “We are so proud to be able to help make the Willing Hearts Circle’s vision come true.”

For more information about purchasing a brick or bench, visit kdmc.org/foundation or call Jeff Richardson at 601-835-7900.