Visitation will be Saturday, July 1, 2017, from 3 p.m. until time of service at the funeral home.

Family and friends are invited to join the immediate family for a gathering and dinner to follow at Don’s Seafood in Hammond at 5 p.m.

Mrs. Hill, 73, died Friday, June 23, 2017, in the comfort of her new home in Pascagoula, with her husband and daughter at her side. She left this earth after a long, brave battle with cancer. She was born September 14, 1943.

Though her family moved a great deal through her childhood, she remembers most fondly her time and lifelong friends at Co-Lin High School, where she graduated in 1961. She earned a bachelor of science in education with a major in history from Delta State University, whereafter she began her professional career in 1979 as a planning analyst. She spent her professional career making an impact in the lives of young people, while likewise commemorating the lives of those who had already navigated most of life’s choices and accomplishments, all in the course of developing financial support and prosperity of learning institutions in Louisiana and Mississippi.

She was a teacher at Natalbany Baptist Christian School at Hammond High School and a adjunct professor at Southeastern Louisiana University.  Southeastern provided the physical platform for the development of her passion for institutional advancement and in 1985 she became director of development for the Southeastern Development Foundation.  In 1997, she became the executive director of Jackson State University Foundation in Jackson, followed by her position as vice-president for institutional advancement at Piney Woods School in Piney Woods.

As though coming full circle, she then returned home to Co-Lin to conclude the last nine years of her career in 2002 as executive director of Copiah-Lincoln Community College Foundation and Alumni Affairs where she saw rapid growth in the foundation’s assets. In her free time, she was a fervent reader and lifelong learner using her vast knowledge of countless topics to stretch the minds of those with whom she cared.  She devoted countless hours to the proper treatment of animals, all forms of the arts, and in her last days even became an avid sports fan, much to the surprise and delight of her husband, Sonny.

She was preceded in death by her mother, Coleen Rast Sullivan; and father, James W. Sullivan.

Memorials may be made to the Charlotte Hill Scholarship within the Foundation at Copiah-Lincoln Community College, P.O. box 649, Wesson, Ms, 39191 or to the Tangi Humane Society, 46219 Hammond, La 70401. For those who want to reach out to Sonny directly, their new address is 3502 Bramblewood Circle, Pascagoula, MS 39581. 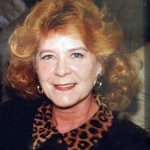