Elijah Wilson, former coordinator of the North Central Mississippi Crime Stoppers, was arrested by special agents from the Office of the State Auditor after being indicted on two counts of embezzlement by a Marshall County grand jury.

Wilson, 48, is accused of using NCMCS funds to pay for round-trip limousine service to Las Vegas last July for a national fraternity convention. In addition, Wilson attended a Crime Stoppers conference in January 2016 for which he received a travel advance from the Town of Holly Springs, as well as reimbursement from NCMCS for the same trip.

“This case is egregious not just because of the embezzlement,” said State Auditor Stacey Pickering, “but because a law enforcement official stole from the public he was sworn to serve.”

A formal demand totaling $15,673.28 was served to Wilson, which included funds embezzled, interest and costs.

“The illegal use of Crime Stopper money could have very well impeded the arrest and prosecution of other criminals,” said Public Safety Commissioner Marshall Fisher. “We gladly work with our law enforcement partners on the local, state and federal levels to fully prosecute individuals who abuse public money.”

Wilson retired in May after having been employed by Holly Springs Police Department since 2000 and serving as NCMCS coordinator since 2006. 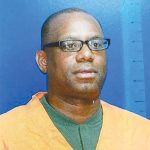