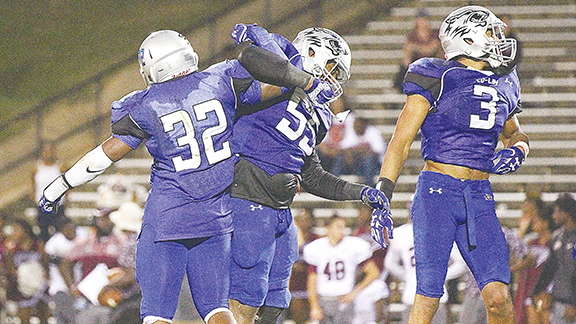 Pope transferring from MSU to JSU

The talented defensive tackle announced his decision on his Twitter page that he is leaving Mississippi State and transferring to Jackson State University Wednesday afternoon.

The addition of Pope will be the second transfer from Mississippi State head coach Tony Hughes has reeled in.

Pope is listed at 6-foot-4 and 300 pounds and provides great size at the defensive line position.

Pope is rated as the No. 2 defensive tackle and the seventh rated junior college football player in the country according to 247 sports in the class of 2017.

With Pope bolting from Mississippi State and moving to Jackson State, the loss is a significant one for Dan Mullen and the Bulldogs. With already a lot of junior college players signed to Mississippi State, Pope had a very strong chance of playing and contributing to the Bulldog defense right away.

The move from Starkville to Jackson was a move that Pope has been thinking about for a while.

Pope provides a big presence in the middle of the trenches and is a threat to stop the run and rush the passer for the Tigers. Pope is a complete player and can make an immediate impact for Jackson State on the defensive side.

Pope played on the second and third units for Mississippi State in their spring game in April. Pope recorded one interception in the spring game.

The Primetime 23 recognizes the 23 best football players for the 2017 football season in the area. As the son... read more