Funeral services for Roger U. Lewis, of Smithdale, were held Thursday, June 29, 2017, at 11 a.m. at Mt. Gilead Primitive Baptist Church with burial at the church cemetery. Elder Luke Addison officiated the services. Hartman-Jones Funeral Home in McComb was in charge of arrangements.

He was born March 24, 1938, in Lincoln County, to Willie Lewis and Bootsie Montgomery Lewis.

He was a dedicated member and a deacon of Mt. Gilead Primitive Baptist Church in Franklin County. He was a retired manager of Illinois Central Railroad.

He was a lifetime member the Mississippi Bowhunter’s Association, the Pope and Young Club, the National Rifle Association and Mississippi Wildlife Federation. He has done extensive wrote about his experiences in the great outdoors, having authored one book, “The Darndest Thinks Happen to an Outdoorsman.”

His work has been published in several national and local outdoor hunting and fishing magazines, including National Archery Magazine, Mississippi Sportsman,  Mississippi Outdoors, as well as numerous articles on outdoor issues of local newspapers.  He has been published in the Reader’s Digest, the World of English in the Republic of China and in a text book in the Republic South Africa.

He has written numerous articles for the Primitive Baptist, a national religious publication, and for the religion section of the McComb-Enterprise Journal in the past.

He is preceded in death by his parents; sister; Jimmie Sue Breeden; two nephews; Chad Whittington and Austin Wilkinson.

Survivors are his brother and sister-in-law, Grant and Eva Lewis, of Smithdale; sisters and a brother-in-law, Allawana Parsons and Sylvia and Roger Whittington, of Smithdale; and numerous nieces and nephews that he loved as his own children. 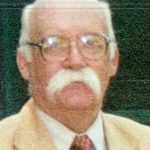 Funeral services for Clyde Roberts, of Brookhaven, are Monday, July 3, 2017, at 10 a.m. at Williams Mortuary in Brookhaven... read more