Funeral services for Esther Burlene King, of McComb, were Sunday, July 2, 2017, at 2 p.m. at First United Pentecostal Church in McComb. Rev. Terry Ballard and Rev. T.L. Craft officiated. Burial was in the church cemetery. Hartman-Jones Funeral Home in McComb was in charge of arrangements.

She was a patient rep for the medical insurance department of King’s Daughters Medical Center and a member of the First United Pentecostal Church of McComb. She was a fantasic, hard-working wife, mother and grandmother. She was an excellent seamstress and loved to go fishing. She will be sadly missed by those who knew and loved her.

Preceding her in death were her parents and one sister, Nila George Miley. 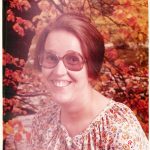