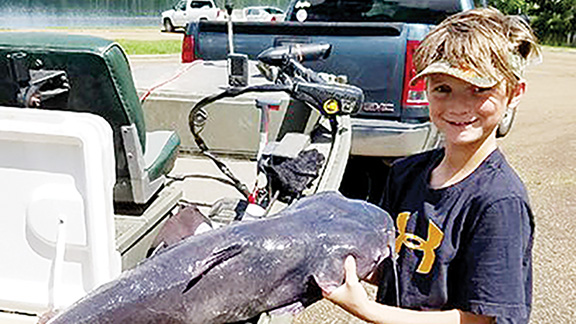 Area fishing starting to pick up

Bass fishing is good. Black or junebug colored worms are the best lures as of right now. Target shallow and medium depths.

Healthy sized catfish are starting to come about.

No current reports on bass fishing. Try topwater lures, soft plastics and spinnerbaits in shallow water in the grass and also around the willow trees.

No current reports on bream fishing, but it typically picks up considerably a couple of days before and after a full moon. Try fishing in about four feet of water around the banks. Redworms and crickets are working the best.

Crappie fishing is fair. One angler caught 18 fishing in the willows about seven feet deep.

The catfish bite if fair. 10-year-old Bubba Wall caught a healthy catfish at Lake Tangipahoa over the weekend. Healthy catfish are starting to pop up at Percy Quin State Park.