Dozens arrested in drug busts: Some buys were made in Lincoln County during the 18-month investigation

By lunchtime Thursday, almost four dozen individuals were jailed on various drug charges in a multi-county roundup and authorities expect to catch the remaining 20 or so suspects soon.

The arrests were made mostly in Lawrence County following an 18-month investigation, but also in Copiah, Jefferson Davis, Lawrence and Walthall counties, said John Dowdy, director of the Mississippi Bureau of Narcotics.

Though agents made undercover drug buys in Lincoln County during those 18 months, no suspects were arrested here Thursday, he said.

Dowdy said the arrests started at dawn, when a pair of SWAT teams swarmed two residences in Lawrence County where high-risk suspects were staying.

“We hit two houses bright and early this morning and within 30 minutes somebody had put it on Facebook,” he said.

He said the suspects “scatter like cockroaches” when the first arrests started.

“We managed to take 46 into custody,” he said. “We know where the others are located. We’ll get them all in custody before long.”

Dowdy said most of those busted in the roundup were “low-level and mid-level drug dealers” who sold opioid painkillers, methamphetamine and crack cocaine.

“We made buys off all the 65 individuals. Sometimes multiple,” he said.

The round-up included state, federal and Lawrence County and Monticello authorities as well as undercover agents.

“We just went to work doing what we do,” he said.

Dowdy said getting these alleged drug dealers off the streets should put a dent in the drug problem in Southwest Mississippi.

“This particular operation is going to substantially curtail the drug trade in these areas,” he said.

Dowdy said he has worked with Lincoln County Sheriff Steve Rushing, though they were not involved in this round-up.

“His department is very aggressive with drug violators over there,” he said.

This investigation was instigated after Dowdy had conversations with Lawrence County Sheriff Lessie Butler and Monticello Police Chief David Stanley about the man-power needed to try to stay a step ahead of the drug dealers.

They were pleased with the arrests made, he said.

“They were both adamant that this will relieve a lot of pressure in their departments,” he said.

Rushing said the arrests in Jefferson Davis County is good news for Lincoln County as well. He said many drug users here buy drugs in JDC.

“We have a lot of traffic coming out of Jeff Davis, so that’s going to help us out a lot if they put a dent in that area,” he said. “One in three we bust here, that’s where they buy it from.” 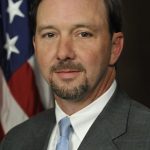 Samantha Melancon knows all about juggling. She’s been doing it successfully for several years — motherhood, marriage and job — so... read more