Two years ago, Sharon London’s sister was murdered in front of her children. Her loss feels like it happened just yesterday.

Bridget London Hall was shot to death in her home when she answered her door on July 6, 2015. Her murderer has never been caught.

Twenty-four months later, her family is still hopeful that someone, somewhere will come forward with the information Brookhaven police need to solve the crime.

Last year, the Londons increased the CrimeStoppers’ reward to $5,000 for information leading to the arrest of the person responsible for her death.

Hall, 43, was watching television with her 14-year-old son. Her youngest daughter was in her bedroom. Her older daughter was outside in the driveway talking to a friend.

“She answered the door and whoever started shooting,” London said.

Her baby sister was shot five times at point blank range, she said.

“She died instantly from her wounds in front of her children — a haunting reality that should move any person with a conscience to want to find Bridget’s murderers,” London said in a letter to The Daily Leader. “Let’s not forget the murder which took place in Brookhaven the day before Bridget’s life was taken. Again, the details surrounding her death are no secret, so it’s well known that the previous day’s event brought on our innocent, sweet sister’s murder, and a clear act of revenge. Those of you who knew Bridget can attest to what a loving person she was. Yes, she had her flaws but nothing deserving of being gunned down like an animal.”

Claudis D. Montgomery was charged with murder in Humphrey’s death the next day. Montgomery’s brother, Claude, was Hall’s boyfriend.

“The news coverage has ceased, and the talk-of-the-town is no longer centered on Bridget,” London said. “However, we, her family, are still grieving. We, her family, are still fighting. To know that killers, capable of plotting a murder on an innocent mother of four, remain free on the streets of Brookhaven is agonizing. Not only did they plot Bridget’s murder, but they carried it out and covered it up with lies.”

London spent Thursday, the second anniversary of her sister’s death, hoping someone would come forward with information. She’s making a plea to those in Brookhaven who may have the answers she needs.

“What we’re really trying to target is the community,” she said. “Speak up and tell what you know. Go to the law enforcement and let them piece it together. If you know something, say something. We know they know. Say it.”

London has met with newly-elected Police Chief Kenneth Collins in the past. She plans to talk to him again after he’s settled in to his new job.

“We’re hoping at this point, with Kenny in there, I’m hoping that he’s going to take a different approach, which means bring in some outside people. Fresh eyes make a difference,” she said.

Collins has told her the Brookhaven Police Department will “make every effort possible to bring some justice to her case,” London said. “We’re hoping and praying that he will bring a new set of eyes on it.” 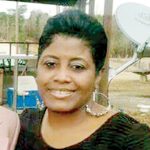 New Brookhaven city board gets off to slow start

The first order of business for the new Brookhaven Board of Aldermen Wednesday night was to pray, right before heading... read more