Former jailer among those charged in area drug bust arrests

Although former Lawrence County jailer Renee Simpson and 47 others — including a Bogue Chitto man — were arrested this week in raids in five southwest Mississippi counties, the hunt is on for 17 others who escaped during the roundup.

Craig Longino, 45, of Bogue Chitto is listed among those arrested and transported to Lawrence County jail. 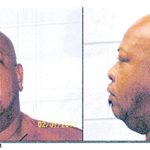 MBN Director John Dowdy said that suspects “scattered like cockroaches” when a pair of Mississippi Highway Patrol SWAT teams descended on the first two houses at dawn Thursday. Within 30 minutes, the word was already out on Facebook and others with warrants went into hiding, he said.

MBN is searching for the following individuals:

Kristie Tanner and Maurice Warner are also on MBN’s wanted list, but the agency does not have a location of residence listed for them.

Some of those arrested Thursday had made buys from undercover agents in Lincoln County, Dowdy said.

Among the drugs agents encountered during the 18-month investigation, Dowdy said, were 423 doses of hydrocodone, 107 doses of oxycodone, 135 grams of methamphetamine, 19 grams of crack cocaine and eight grams of cocaine powder.

Lessie Butler said it was the largest drug raid he’d seen in his 16 years as a Lawrence County constable and his two years as sheriff.

He said the drug problem in and around Lawrence County is “growing at a rapid pace” because the “young people get introduced to it at a young age.”

He said he received a lot of complaints about drug use in Lawrence County when he was elected sheriff, so he got MBN involved.

The drug busts took out some of the players in the drug business in Lincoln, Lawrence, Copiah, Jefferson Davis and Walthall counties, but they’ll be back or replaced by others.

“It will slow down, but it will gradually come back,” he said.

He said with the arrests, it will put the pressure on those who want to manufacture, possess and sell illegal drugs.

“We want to make it difficult for them to operate,” he said.

However, Lincoln County Sheriff Steve Rushing said MBN originally thought they had a warrant for someone in Lincoln County, but didn’t serve it. His department was not involved in the raids, he said.

Danny Rushing is the new principal at Mamie Martin Elementary School. Rushing is replacing Rob McCreary, who will be federal... read more