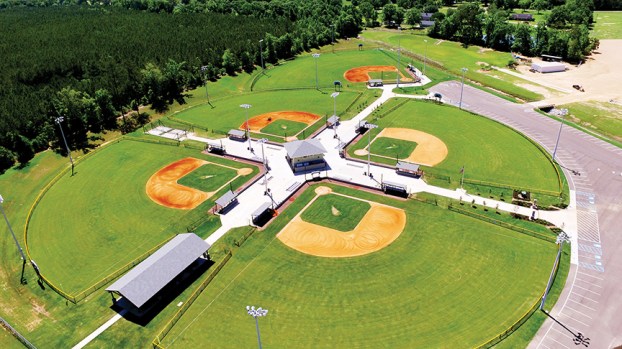 Lincoln County most likely will see a Dixie Youth World Series played on the fields of the Lincoln Civic Center Baseball Complex within the next few years, the organization’s state director said. That means money will be spent in Lincoln County that would otherwise be a payoff for another host county.

Tommy Rheams made that statement Thursday, following a weekend that saw thousands of people descend upon Lincoln County for a two, eight-team Dixie Youth Baseball State Tournament. That’s 16 teams from every corner of the state represented in the 7U and the AA/8U-year-old coach-pitch divisions. Three of those came from Lincoln County.

The economic impact from just the three-day tournament will turn out to be fantastic, he said.

Rheams said the feedback from parents, players and coaches who participated in the tournament was all positive. They enjoyed the ballpark and the hospitality. Many of the families headed to Brookhaven restaurants for breakfasts and dinners. Many shopped in Lincoln County stores while they were here.

The $2.922 million complex opened in April 2016 after nine months of construction. The facilities include five fields, air-conditioned bathrooms, a press box and concession area.

“You’ve got a wonderful ballpark down there,” Rheams said. “I was glad when Lincoln County came online. We had been wanting to go back to that part of the state for years.”

He said Lincoln County will probably get another state tournament next summer and he looks for the county to host a World Series — which brings in 32 teams — in the future. World Series tournaments also last twice as long, from Friday to Thursday. That’s more nights families need a place to sleep and eat.

“We’re always looking for new places to host the World Series,” he said.

Rheams called Jordan a “real go-getter” who will push to bring the big tournaments to Lincoln County.

He said Laurel’s economic impact from a World Series four years ago was at least $500,000.

He said Lincoln County could see those numbers eventually.

“It’s amazing how much money is spent,” he said.

That’s exactly what organizers in Lincoln County want to hear.

“This was the vision from many years back, to build a facility that would not only be one that our local youth could play on and be proud of but to have a facility that could serve, second to none, as a host site for state and world series tournaments,” said Beck Warren, a member of the Lincoln Civic Center Baseball committee. “Director Quinn Jordan and his team have done an outstanding job in a very short time putting our complex on the map. We have to take advantage of this opportunity and not only put on some great tournament games, but put our best foot forward as a host location.

“The process of landing a state tournament is very competitive and has for many years been ‘reserved’ for a few select sites.  It’s time for us to show the state that the LCC Baseball Complex is one of the premier facilities in the south and that Brookhaven and Lincoln County is a host location that teams and fans alike want to come to visit and play at in future years.”

Jordan said the Brookhaven-Lincoln County Chamber of Commerce distributed discount cards to downtown restaurants and businesses donated food for the hospitality room for the 12-16 umpires needed for the tournament.

He said hosting the tournaments is not only good for the area, but makes it possible for the children of Lincoln County to have a top-notch ballpark.

“We built this baseball complex for the citizens of Lincoln County, but for it not to be a burden on the tax base, we go out and get tournaments to offset the cost,” he said. “We’re in the top three in the state of Mississippi as far as quality for playing fields and conditions. Pound for pound, I don’t think anybody’s better.”

So sweet to beat the southern heat

Summertime in Mississippi is brutal.  It’s hot — and feels even hotter — and the experts don’t expect it to... read more