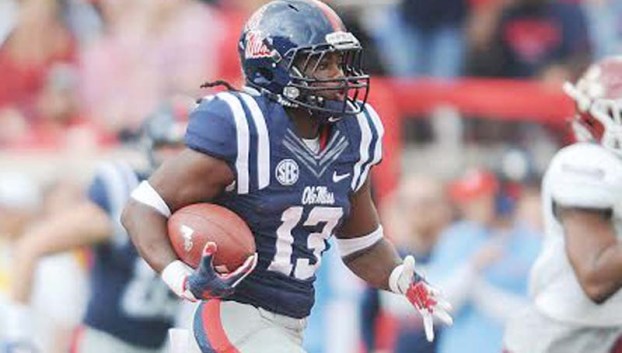 Ole Miss playing with nothing to lose

Was the elongated opening address necessary? Probably not, but even behind the vague words used to describe his football team, there was a meaning behind all of it.

Freeze couldn’t say anything Thursday morning about the lawsuit former Ole Miss head coach Houston Nutt brought to the table, which accused Freeze of running a smear campaign to favor the 2016 recruiting class and bashing Nutt for Ole Miss’ past failures.

The timing of the lawsuit was questionable, something Freeze admitted at Media Days, but there was nothing Freeze could say to shape the opinions of the media.

The majority of questions that were fired at the head football coach Thursday were not football related, but mostly about the NCAA allegations that were handed down to Freeze and his program in February.

The Rebels will get their chance to state their case in front of the Committee of Infractions probably around the beginning of fall, but Thursday wasn’t the ideal day to talk to the media about the NCAA.

All Freeze wanted to do was talk about his players and the upcoming season, but a dark cloud will hang over the head of the Ole Miss football program until the Rebels have their say in front of the COI.

With the five-year NCAA investigation still ongoing and the Houston Nutt lawsuit now in place, the 2017 football season for the Rebels will be one filled with fireworks.

A self-imposed bowl ban was placed on the Rebels and scholarship losses over a period of a couple years were also put on the program in an attempt to possibly alleviate the future punishments the NCAA might hammer down.

With everything that’s going on in Oxford, the Rebels will play with house money and nothing to lose for the entire 2017 season.

Consider this when deciding if you want to watch an Ole Miss football game this season.

The Rebels have one of the best young quarterbacks in the country in sophomore Shea Patterson, a deep and athletic group of wide receivers that Patterson can distribute the ball to, an experienced offensive line and a running game that can provide enough yards for the passing game to thrive.

The Rebels will be a force on offense and will light up the scoreboard.

Can they stop anyone on defense? That will be the main question.

The Rebels ranked last in total defense and rushing defense in the Southeastern Conference.

There should be nowhere to go but up, but with a new defensive coordinator and a new philosophy being put in place, it may take a while for the team to adjust.

So an explosive offense and a porous defense will lead to plenty of shootouts for the Rebels, providing plenty of entertaining games in 2017.

I’m sure that’s not what Freeze and the new coaching staff wants from their players, but the season is leaning towards that way.

It’s hard to tell how the players will be motivated this season with no postseason in sight, but the players are convinced the team has come together in the face of adversity.

The players have even gone so far as to treat each game as a bowl game in 2017.

Freeze has done all he can to keep his team together and it’s up to the players and the leaders on the team to keep the locker room in control.

No matter what Freeze tells the media, people will have their opinion of him. He knows what his team is capable of and he’ll just wait to state his case to the NCAA and the COI.

Who knows what the NCAA and the COI will say to Ole Miss, but as of right now, Freeze is only worried about coaching his team.

After the season, who knows what will happen, and that’s fine with Freeze.

Dylan Rubino is the sports editor at The Daily Leader. He can be reached at dylan.rubino@dailyleader.com or by phone at 601-265-5305.

The Primetime 23 recognizes the 23 best football players for the 2017 football season in the area. It takes a... read more