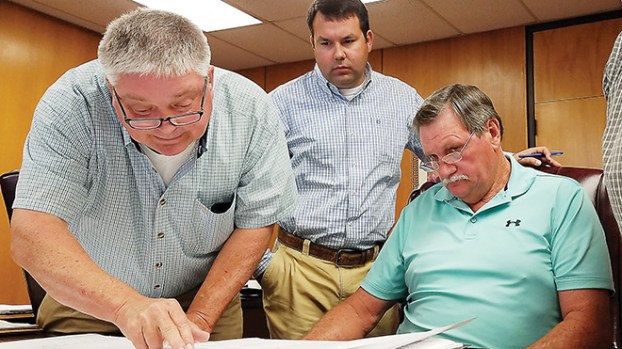 After hearing he won’t have to pay for it, a Lincoln County supervisor is in favor of taking back a road when the Mississippi Department of Transportation completes the upgrades to it.

A new intersection will be built and a traffic signal installed on Hwy. 84 at Cowart Lane. MDOT will build the intersection, repave necessary existing roadways and install the signal. Auburn Drive Southwest will be reworked from Puckett Machinery to Hwy. 84. The section of Auburn Drive that currently runs from Cowart to the highway will no longer be accessible for through-way traffic.

District 4 Supervisor Eddie Brown said MDOT planned to change this section of road — with the intention of making traffic flow more smoothly and safely — and then turn it back over to Lincoln County for maintenance.

He was not happy about it at a previous meeting. He has since discussed it more with county engineer Ryan Holmes who said that state aid will fund the maintenance on it.

“State aid will take over the maintenance on that for us once we take it back over,” Brown told MDOT engineer Albert White Monday. “That gave me a relief in that project because the point that y’all are building it to I could not have maintained it with county funds, but now that I’ve got state aid, I’m OK. I see no problem with it.”

Auburn Drive will be cut off behind 84 Chevron just beyond Bozeman Tire and Service Center and Old South Brookhaven Brick. Traffic that currently flows north and south past these businesses will run instead on the other side of the Chevron station, on Cowart Lane.

Walter Brown, a Natchez attorney, said he had been engaged by MDOT to undertake an acquisition of the Puckett Machinery property, which he did through eminient domain. The owner agreed to the terms a month ago, Brown said.

He presented the judgement to the supervisors Monday for their signatures.

“I stopped at that Chevron station,” he said. “It’s a stopping point for people from Natchez coming and going, so I’m familiar with that. It is a nightmare, as y’all know, getting out of there coming down (Hwy.) 84.”

They also signed a maintenance agreement outlining that they would be responsible party, although the funding would come from the state.

“It’s your county road now once it’s over with and you’ll take it back and maintain it just like you’re doing right now,” Brown said.