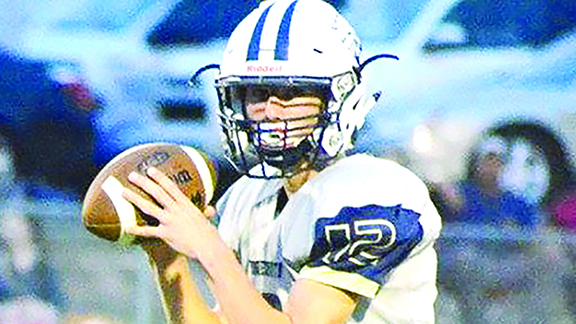 It was a difficult football season for rising senior quarterback Trey Nettles and the Bogue Chitto Bobcats last year.

The 2016 season got off to a rough start with a 0-4 record with the losses coming against Loyd Star, Enterprise, Wesson and West Lincoln.

The early hole was too deep and Bogue Chitto struggled from there on out.

After the four losses against local competition, the Bobcats went 0-7 the rest of the way and got outscored 330-91.

For the season, Bogue Chitto got outscored 478-123 and could not find a way to stay in football games.

As a leader and competitor, Nettles will remember the pain from last year and will do his best to make sure that never happens again.

“For us to go winless last year didn’t make me feel great, but I knew that I had one more season to come and to get stronger in the weight room and better on the field,” Nettles said.

Even with the winless record, the effort was there from their starting quarterback.

Nettles started all 11 games under center for the Bobcats, throwing for 880 yards and eight touchdowns on the season. The quarterback also rushed for 118 yards and two touchdowns as well.

For his effort on the field and his leadership ability, Nettles has been named to the Primetime 23.

“It’s a huge accomplishment and I’m really happy I made it,” Nettles said. “It shows that I’m good enough and the coaches see it in me every Friday night to step out on the field and play.”

Nettles loses his top two options in the passing game in Dee Dillon and Henry Thomas, but the rising senior is confident in his team to make a turnaround in 2017.

For him personally, it all starts with getting stronger and seeing how things go from there.

“The big thing for me this offseason was staying in the weight room constantly and getting stronger,” Nettles said. “I also have to be conditioned well enough to be ready to step on the field every Friday night.”

The Bogue Chitto football program as only won two games over the past three seasons after going 9-3 in 2013 under head coach Garreth Sartin. Nettles saw playing time in 2015, but earned the starting job in 2016.

Nettles knows what needs to be done in order to turn the program around back to its winning ways.

“One of the main reasons our season went the way it did was turnovers,” Nettles said. “Turnovers killed us over the past couple of seasons and we just let our heads down, which allowed teams to beat us.”

As a leader on the football team, Nettles knows that competing and winning games against your rivals are important. The Bobcats could not pull out a victory against the local opponents and that hurt the team just as much as not winning a football game.

“The expectation for Bogue Chitto football is to win a lot of games,” Nettles said. “The main goal for the team is to be first in district and beat all of the Lincoln County teams.”

Nettles has set high expectations for himself and his team for the upcoming football season, but he knows his team is capable of having success.