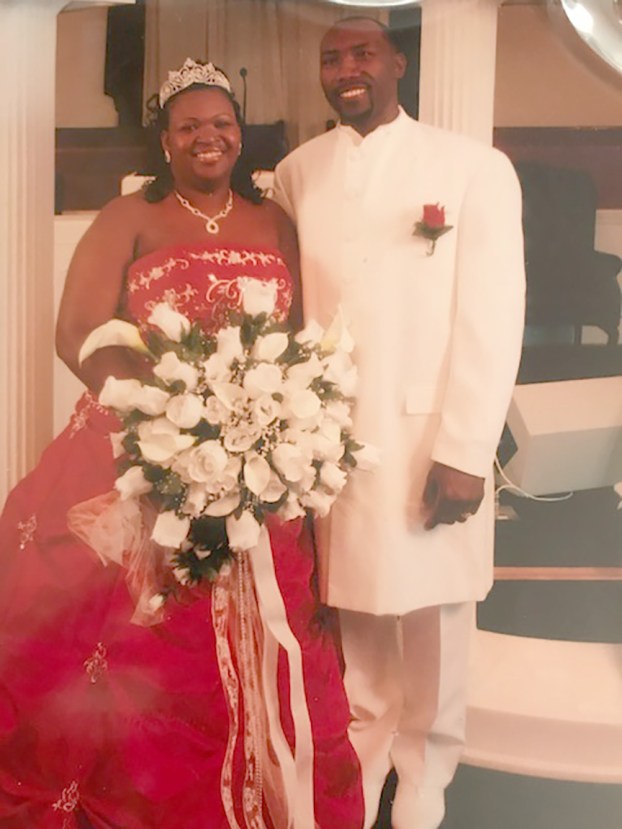 Photo submitted/Pictured are, from left: Sheila and Ferral Burage, two victims of the series of shootings that took place Saturday and Sunday. The Burages were killed at their home on East Lincoln Road in Brookhaven.

A pair of Brookhaven women are hoping to raise funds for a family whose parents were two of the eight people shot to death over Memorial Day weekend.

Judy Arnold works at Picket Fences, with her daughter, Casey Martin, the shop’s owner. Together they are selling T-shirts to raise money for the children of Ferrel and Sheila May Burrage. The couple was killed May 28 at the third and last stop of accused killer Willie Cory Godbolt before he surrendered to police.

Arnold didn’t know the Burages, but Ferral Burage’s sister Elizabeth Jackson is her granddaughter Hope’s nurse. Because of that connection, she wants to help.

They are also giving away $100 worth of gas from R.B. Wall. Tickets for that raffle are $5 each. She expects to draw for the gas giveaway on Sept. 1.

“I have to do it then. I’ve pushed it back twice already,” she said.

She initially planned to do the drawing July 1. Then moved it to Aug. 1 because sales were lagging. Now it’s set for Sept. 1 and Arnold hopes to be able to sell enough tickets she can give the Burages’ children some financial help.

“They’re trying to stay at the house and still trying to pay bills,” Arnold said.

The children are Ferrel’s daughter Marezka and Sheila’s three children, Tiara, Deion and Christiana. Sheila’s children are living in the house and going to college, Arnold said.

It’s the same house on East Lincoln Road where their parents died.

“They’re trying to do all this. I feel like somebody needs to help,” Arnold said.

Raffle tickets and shirts are available for sale at Picket Fences at 1382 Union St. Ext. T-shirts are $20. They have a cross over the heart on the front and a verse on the back that was posted on Jackson’s Facebook page soon after the shootings: “Sweet is your memory, precious your name, deep in our hearts, you will always remain.”

A account is also open for the family of Ferral and Sheila Burage at Trustmark Bank. Donations can be given at any branch.

The attorney for a Hazlehurst man indicted in 2016 for conspiracy and robbery in the theft of a man’s wallet... read more