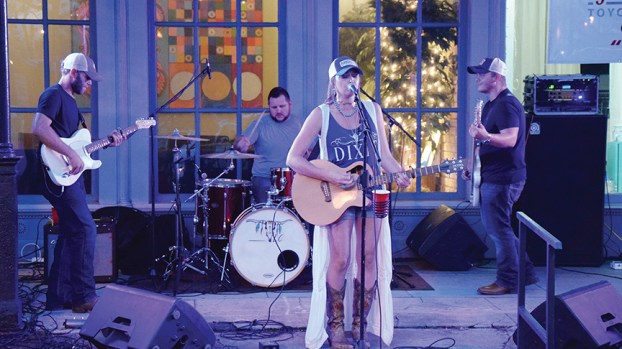 The downtown summer concert series proved to be so popular that officials with Brookhaven-Lincoln County Chamber of Commerce plan to keep it going into the fall.

The series featured three bands: Ghost Town performed in May, Lindsey Cardinale in June and the Bridge Band closed out the series with a performance Friday night.

So popular, in fact, that sponsors are lining up and bands have contacted the Chamber about continuing the shows.

A fall concert series would be separate from the Ole Brook Festival musical lineup, which is set for Oct. 6. The Sam Mooney Band and Vasti Jackson are headlining the event.

“I really want to see this event grow,” Nations said of the series. “These type of events bring people to our town and I love seeing people walking the streets of Brookhaven having a good time. People have responded well to the three shows we’ve had over the summer.”

Because of the hot, humid summers, Nations would like to see the summer series be moved to the spring months when it’s cooler. She’d also like to see some indoor shows in the wintertime. All of that would be determined by the people who attend the shows, she said.

“We would love to have feedback on the shows we had and if there are certain bands that people have connections with or would like to see, please let us know. We are looking to expand the concert series and diversify the different types of bands we get,” Nations said.

Dates for the fall concerts haven’t been decided.