For its 50th anniversary, Brookhaven Little Theatre is planning a golden celebration.

Miss Mississippi 2016 Laura Lee Lewis, also of Brookhaven, will be joining her for the festivities.

The event will be Saturday at The Haven with cocktail hour beginning at 7:30 p.m.

Admission to the event is free and a cash bar will be available.

Dixon is in charge of the menu and the presentation of hors d’ovres.

Guests will be able to taste some of Dixon’s favorites and give kudos to the celebrity chef.

Lewis will be part of the big reveal of the upcoming season’s shows. Her musical number will be the giveaway for the theater’s big spring musical, Waterloo said.

“I am humbled that the Brookhaven Little Theatre community thinks of me as a celebrity and honored that they asked me to bring the announcement of the upcoming musical,” Lewis said. “The musical is going to be such an exciting one for everyone and I cannot wait to announce it.”

Waterloo and BLT volunteers have been keeping the titles under wraps. What she can reveal now, however, is that instead of five shows including a Kids’ Camp production, they’ll be doing six shows with Kids’ Camp.

“For our 50th season we’ve decided to add a bonus show,” she said.

A special discounted season ticket price will be available during the reveal party only, Waterloo said.

“It’s a real fun thing we’re adding this year,” she said. “We wanted to have an exciting and fun night.”

Paden Phillips will be the emcee for the night.

Directors for the upcoming shows will also be in attendance. 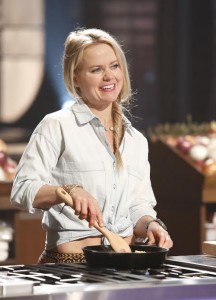 Photo courtesy of FOX/Lincoln County native Katie Dixon scored a white apron with her jambalaya on Wednesday’s episode of Fox’s MasterChef, earning herself one of 20 spots in the culinary reality series. Her next appearance will be Wednesday when she’ll cook for guest judge Wolfgang Puck.

Co-Lin wants adults to come back and Complete 2 Compete

A local community college wants to make getting a degree easier. Complete to Compete  — C2C — is a statewide... read more