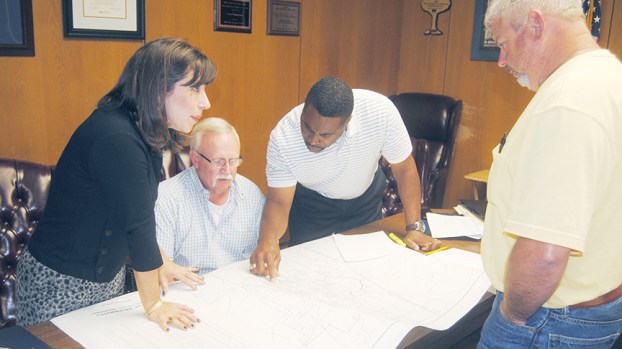 City employees, by law, cannot do work on private property. But the city needs to be able to clean out some smaller ditches to keep public roads from flooding.

Lewis met with Brookhaven aldermen this week at a public work session to discuss ditch issues. Hundreds of ditches throughout the city are filled with debris which needs to be removed to allow water to drain more effectively. Some have thickets of overgrown trees and bushes growing in them which also slows the flow of draining water after a heavy rain.

He plans to have his crews tackle the ditches that are on public property.

“We’re going to clean up what I know we can get cleaned and then bring a certain amount of ditches back to the board and see which way they want to go with it,” Lewis said.

He needs permission from the board to do work on taxpayers’ property.

“We just can’t get on private property without some sort of legal permission,” he said. “So we’re working with the board to see how we can do that.”

Each alderman at the work session scanned a map to identify which ditch was in their ward.

Lewis will ask aldermen in an upcoming meeting to approve the ditches on private property that his crews will be authorized to work on.