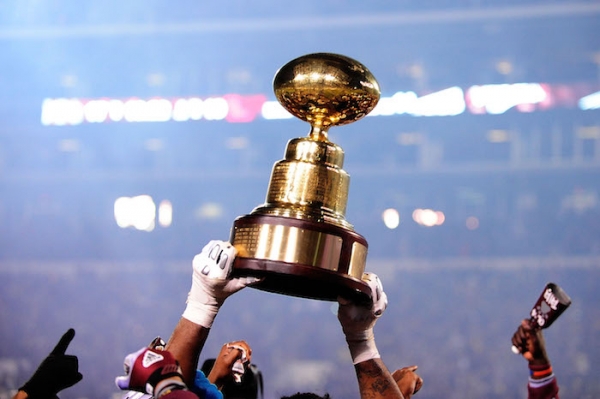 The Egg Bowl is getting really nasty

For such a silly name for a rivalry game, the Egg Bowl has quickly built up into one of the meanest, dirtiest and nasty rivalries in all of college football.

Certainly it doesn’t have the prestige and winning history that Alabama-Auburn, Ohio State-Michigan and Oklahoma-Texas have.

But there’s no doubt about the level of hatred Ole Miss and Mississippi State have for each other.

It could be the most hate-filled rivalry in all of college sports.

That anger for one another has only picked up more steam since former Ole Miss head coach Hugh Freeze was forced to resign back in July. The post-Freeze era has only made the rivalry bigger and to be frank, more weird.

The post-Freeze era has brought nothing but drama and tension to a rivalry that was already deep in it.

Escorts, NCAA investigations, recruiting violations, immunity from the NCAA, cash payments to recruits and so much more.

Notice how most of those things relate to Ole Miss. Mississippi State fans have celebrated the arrival of the post-Freeze era and rightfully so.

Freeze was a great head coach and recruiter. In his five seasons in Oxford, he compiled a 69-32 overall record, including three Egg Bowl victories, two wins over Alabama, two appearances in New Year’s Six bowl games and a win over Oklahoma State in the 2016 Sugar Bowl. Even with the NCAA dripping down his neck, Freeze was a great coach.

However, he pushed the boundaries when it came to the NCAA and recruiting and Ole Miss paid the price for it.

Mississippi State has basked in the glory of seeing their in-state rival slowly burn to the ground.

Ever since the Sugar Bowl ended, the rivalry has tilted in favor of the maroon and white. The Bulldogs didn’t have a successful 2016 season with a 6-7 overall record, but they ended the year with a dominant 55-20 victory over the hated Rebels and ended the season with a bowl victory over Miami (OH).

Ever since that bowl victory, the NCAA came down on Ole Miss, they were forced to self-impose a bowl ban for the 2017 season and now, they must play this coming season with an interim head coach.

It’s been all smiles in Starkville.

Mississippi State fans have joked around at the expense of Ole Miss for years now, but they really have a reason to laugh now.

The Hugh Freeze escort scandal rocked the college football world and has taken complete control of the Egg Bowl rivalry. This will be talked about for years to come in the state of Mississippi.

In Oxford, there’s been a dark cloud hanging over the town since the Sugar Bowl victory. That dark cloud brought a 5-7 season in 2016 and now the NCAA.

When it rains, it pours.

The two programs have completely flipped roles over the past couple of seasons. Now Mississippi State is the up-and-coming program and Ole Miss is slowly decaying away under the scrutiny of the national media and the NCAA. Both programs went 5-7 during the regular season last year, but everything that has transpired since the Egg Bowl has given the Bulldogs more reasons to be optimistic.

Recruiting has favored Mississippi State by a landslide and there’s no reason as to why the Bulldogs can’t take the next step as a program and be better than their in-state rivals over the next couple of years. Now is the perfect time to make that statement.

However this rivalry plays out on the field, it’s only going to get nastier and weirder.

Maybe that’s how the two fan bases like it. Maybe they want to keep it this way.

Ole Miss now has their date set with the Committee on Infractions on Sept. 11 and we won’t know their final punishment until later in the fall.

Until then, brace yourselves for a nasty and weird rivalry.

It’s only going to get worse.

Dylan Rubino is the sports editor for The Daily Leader. He can be reached at dylan.rubino@dailyleader.com. Follow him on twitter @DylanJRubino.