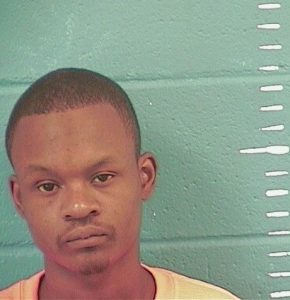 A Brookhaven man who escaped detention wanted to see his children, authorities said.

Rushing said Pendleton, 23, who was housed there for temporary treatment, left the locked-down crisis center by climbing over a fence.

“He left because he wanted to see his kids,” he said. “He went over their fence.”

Pendleton surrendered to authorities about 7:50 p.m. that same day.

“He contacted family members about turning himself in and they got him to meet a deputy here in town,” Rushing said.

Pendleton, of 701 Brookwood Drive, was arrested on charges Aug. 7 for failure to appear in court and false pretenses. He’d been indicted by a Lincoln County grand jury in July 2016 for introducing a controlled substance into a correctional facility.

Rushing said he doesn’t know if Pendleton got to see his kids while he was on the run.

Lincoln County real estate investors can put down the paddles and grab a keyboard. The yearly land sale auctions are... read more