A Hazlehurst man charged with first degree murder is being held in the Lincoln County jail.

Hazlehurst police responded to a disturbance call on Beasley Street at 5:31 p.m. Saturday and found Jason Youngblood, 37, dead in the middle of the street, authorities said.

Brown turned himself in later that evening.

Hazlehurst Police Chief Byron Swilley said a motive has not been established.

However, Swilley said that witnesses believe that Brown and Youngblood had a disagreement over a pressure washer.

“Youngblood died of a gunshot wound. We want to complete the autopsy before giving out any details,” Swilley said.

Brown is expected to have an initial appearance within the next few days in Hazlehurst. 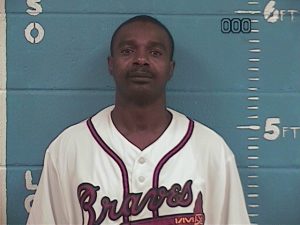 Man turns self in, connected to fatal shooting in Hazlehurst

HAZLEHURST (AP) — Police in Mississippi say that a 43-year-old man connected to a fatal shooting has turned himself in.... read more