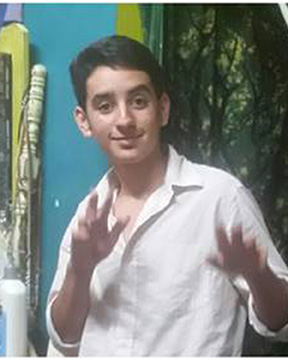 The Mississippi Bureau of Investigation has issued an Endangered/Missing Child Alert for 15-year-old Justin Arthur Mackey of Monticello. He is described as a white male, five feet, five inches tall, weighing 120 pounds with black hair and brown eyes.

He was last seen Saturday, Aug. 19, at about 1:15 p.m. in the 300 block of Bethel Road in Monticello. He was wearing a white shirt, khaki cargo pants and khaki combat-style boots.

If anyone has information regarding the whereabouts of 15-year-old Justin Arthur Mackey contact the Lawrence County Sheriff’s Department at 601-587-2961.

All media inquiries should be directed to the Lawrence County Sheriff’s Department.

[embedyt] http://www.youtube.com/watch?v=doEIOFtLVig[/embedyt] There was a buzz in the air, as the Brookhaven High School Panthers prepared to play against the... read more