A new vendor is coming to Monticello as the Board of Alderman agrees to leasing terms.

The city currently owns the Old Malta building located at 239 East Broad St. Thursday’s Vendors Market, based out of Columbia, will be renting the space starting Sept. 1.

Mayor Martha Watts said at a meeting Tuesday that she showed owner June Cothern the location last week and she liked what she saw.

“They’ve been in business for five or six years and have a location in Laurel, as well,” Watts said.

The store carries a large selection of pottery and home decor such as decorative windows, ornamental iron, yard art and furniture.

They also plan to have a small coffee bar with pastries for sale.

Their rent will start at $200. After 12 months, it increases $50, and after two years it will increase an additional $50. According to the lease agreement, rent is capped off at $300.

The name of the new store is still to be determined. They plan to open Sept. 1.

The board approved to donate 36 desks to the Jubilee Performing Arts Center in McComb.

In July, a portion of the performing arts center collapsed.

“We found out about their current situation and we felt like this was a perfect opportunity to give back,” said City Clerk Deborah Lea. “We have an old barn located in town that has 36 desks. Some are metal and some are wooden. No one uses them, so we were originally going to try and sell them. Instead we’re going to donate all the desks to the school.”

There were two bids. Phillips Maintenance and Repair was $17,500 and Wallace Refrigeration was $8,700.

The board accepted the lowest bid.

“We were having trouble with the loop electrical outlets,” Lea said. “People come down here and camp during the Atwood Music Festival. We’re going to replace electrical boxes to help support the campers and trailers that need electricity to run on.”

In other business, the board approved:

• The purchase of a new cash register for $105 to be used at the football field near the sports complex. 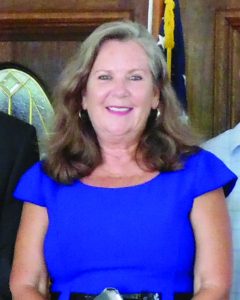 The first Jewish settlers in Lincoln County arrived 165 years ago. Josh Parshall, director of history for the ISJL, will... read more