A Brookhaven man was arrested on a charge of child exploitation Thursday by investigators with Attorney General Jim Hood’s cyber crime unit.

Investigators executed a search warrant at Carlisle’s home and he was arrested after the search, she said.

If convicted, Carlisle faces up to 40 years in prison. A charge is merely an accusation, and a defendant is presumed innocent unless and until proven guilty beyond a reasonable doubt in a court of law, Morgan said.

This case was investigated by the Mississippi Attorney General’s Internet Crimes Against Children Task Force, and it will be prosecuted by Special Assistant Attorney General Brandon Ogburn. 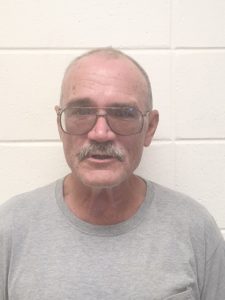 City of Brookhaven may be ready to rumble with speeders

Rumble strips are coming to a neighborhood near you. Brookhaven Police Chief Kenneth Collins addressed concerns of drivers speeding in... read more