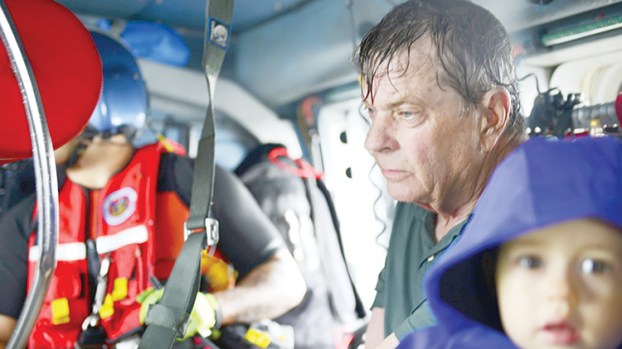 Help Hurricane Harvey victims in wise ways, without getting scammed

Floodwaters reached the rooflines of single-story homes Monday and people could be heard pleading for help from inside as Harvey poured rain on the Houston area for a fourth consecutive day after a chaotic weekend of rising water and rescues.

The nation’s fourth-largest city was still mostly paralyzed by one of the largest downpours in U.S. history. And there was no relief in sight from the storm that spun into Texas as a Category 4 hurricane, then parked over the Gulf Coast. With nearly 2 more feet of rain expected on top of the 30-plus inches in some places, authorities worried that the worst might be yet to come.

Harvey has been blamed for at least three confirmed deaths, including a woman killed Monday in the town of Porter, northeast of Houston, when a large oak tree dislodged by heavy rains toppled onto her trailer home.

A Houston television station reported Monday that six family members were believed to have drowned when their van was swept away by floodwaters. The KHOU report was attributed to three family members the station did not identify. No bodies have been recovered.

Police Chief Art Acevedo told The Associated Press that he had no information about the report but said that he’s “really worried about how many bodies we’re going to find.”

Here are some reliable places to donate to make sure hurricane victims get your help, and to avoid scams:

• AmeriCares — Visit Help.AmeriCares.org to donate for medicine and supplies.

• The Salvation Army — Visit Give.SalvationArmyUSA.org or call 800-SAL-ARMY or text STORM to 51555.

• AABB.org coordinates blood collection efforts. Type O-positive is the most in-demand. To donate blood you can contact AABB at 301-907-6977, Armed Services Blood Program at 703-681-5979 or the American Red Cross.

• To help animals, visit the website of the Houston Human Society or the San Antonio Humane Society.

• The Texas Diaper Bank in San Antonio is asking for donations of diapers and wipes, which can be mailed to 5415 Bandera Road, Suite 504, San Antonio, TX 78238.

Avoid being scammed by doing your research before you give money to an organization. Check the websites of Charity Navigator at charitynavigator.org and the Federal Trade Commission at consumer.ftc.gov for help.