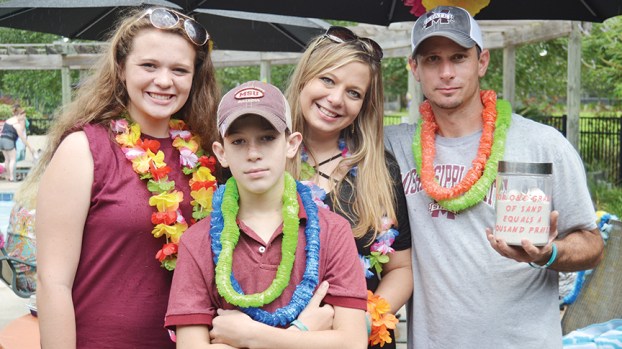 During the summer, when 9-year-olds should be enjoying the great outdoors, Laina Grace Bardwell’s headaches continually got worse.

“I just thought she was catching what everybody else had,” said her mother, Jaimee Bardwell.

They hoped the athletic Loyd Star fourth-grader just had a bug. Then the bruises started.

“Any touch at all was bruising. She was covered from head to toe,” Bardwell said.

“They said that was the highest they’ve ever seen in 20 years,” Bardwell said.

Laina was immediately sent to Batson Children’s Hospital in Jackson where she was diagnosed with Philadelphia positive acute lymphoblastic leukemia.

She spent 10 days at Batson the first time, then came home briefly. Then it was back for three weeks before a quick trip back home. She arrived there again Tuesday for another round of chemo.

It does the youngster good to be home with her brother Logan, 12, and Lily, 14, even for a little while, Bardwell said. Bardwell’s husband, Michael, is working offshore, but sees Laina when he can. The Bardwells separated before Laina’s diagnosis and Jaimee Bardwell’s mother moved in to help take care of Laina’s siblings.

Laina’s white blood count is dangerously low, so she’s at risk for infection. That means she can’t go outside when she’s home and everyone must wear a mask around her.

“They wiped it down to zero to get rid of the cancer, but that got rid of the good stuff, too,” Bardwell said.

Laina hasn’t had to have radiation yet, just chemotherapy. Because it’s a rare form of leukemia, doctors are treating it aggressively.

That caused her beautiful brown locks to thin out fast. They shaved her head last week.

That’s been hard on her daughter, but generous volunteers knitted some caps for the young girl.

It’s still hard for Bardwell to comprehend that her “healthy kid” who ate all her vegetables and was the most athletic could get so sick.

“They said it’s nothing that they can predict. It’s a weak spot int the bone marrow that starts producing crazy cells,” she said.

Laina has had many ups and downs in the seven weeks since her diagnosis. They take it day by day.

Bardwell was enrolled in cosmetology school, which started without her this month.

Right now her focus is on getting Laina well while taking care of her other two children. Laina is on homebound school study, even while in the hospital.

Bardwell said this experience has made her treasure the simple things, like cooking dinner for her kids and sharing stories at the dinner table.

Friends recently hosted a benefit “Luau for Laina” at Brookhill on Natchez to raise money for the family. Another friend started a gofundme page “Laina Grace’s Fight with Leukemia.”

“The community had been amazing,” Bardwell said. “The outpouring of love can really cheer you up.”

Laina should be home again Wednesday for a while if this treatment is successful. She’ll go back to Batson the next week for a blood count. Bardwell doesn’t know what will come after that.

“They’ll go over the next plan when we finish this one,” she said. 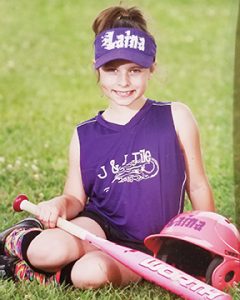 An American Idol finalist is set to perform Saturday at the Brookhaven Veterans Appreciation Day celebration, sponsored by Socks for... read more