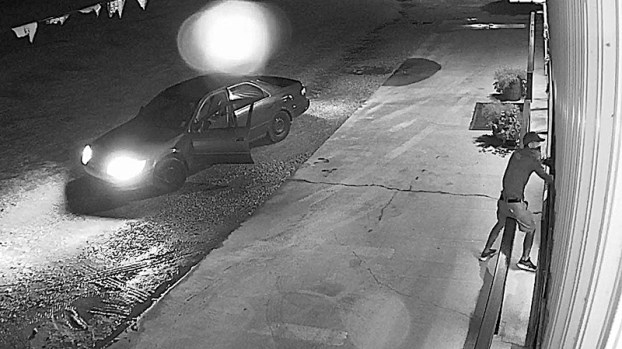 Photo submitted/Brookhaven police are on the lookout for two suspects in a break-in Friday morning at Farmbelt Equipment.

While Brookhaven police continue to search for suspects in a bank robbery and a brutal beating that they say are unrelated, officers are now looking to the public for help to identify two individuals who they suspect burglarized Farmbelt Equipment on Hwy. 84.

Investigators are still looking for Lattrick Williams and Pierre Thomas in connection with the burglary of the Star Town branch of State Bank & Trust Co. at the corner of East Monticello Street and Dr. Martin Luther King Jr. Drive Thursday.

Warrants have been issued for their arrest.

Police Chief Kenneth Collins said BPD — along with help from Lincoln County Sheriff’s Office a — have conducted raids at five apartment complexes where Williams and Thomas were suspected to be hiding.

LCSO assisted the police with a raid Friday at North Haven Apartments at 1362 Union St. Ext. Police have conducted four other raids.

“Anybody that’s caught aiding them in any type of way will be charged,” Collins said.

He’s appreciative of the tips they’ve received so far.

“We continue to thank the public for all their help,” he said.

The two female clerks at the branch were robbed at gunpoint about 8:17 a.m. The bank opens at 9 a.m. weekdays.

BPD immediately put out the call for assistance from local, state and federal law enforcement agencies. Lincoln County Sheriff’s Deputy Bateman Stilley spotted Robert Collins Jr. about two blocks from the bank and apprehended him. Sheriff Steve Rushing said Stilley saw the soles of Collins’ tennis shoes sticking out of the wood line. He held him until backup arrived.

Collins, 28, of 625 E. Chickasaw St., is not related to Police Chief Kenneth Collins.

“He found out we were looking for him,” Chief Collins said.

“We caught up with him and he came in and turned himself in,” Collins said.

Two female clerks were in the bank at the time of the robbery, but were not injured.

Police are also looking for Shakur Magee and Victor Sanders, who are wanted in connection with a brutal beating of a man at Hayes Trailer Park at 401 Industrial Park Road Aug. 25.

Warrants have been issued for their arrest, Collins said.

The burglary at Farmbelt Equipment happened in the early morning hours Friday.

Officers responded to an activated alarm at the business at approximately 1:30 a.m.

Security footage shows a white male subject in a four-door sedan with missing hubcaps. In the video, the man breaks the front window and steals power equipment.

He hands it to an accomplice inside the car before taking off. 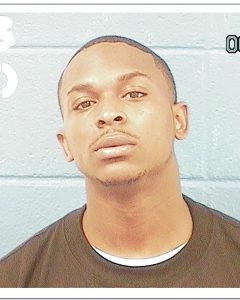 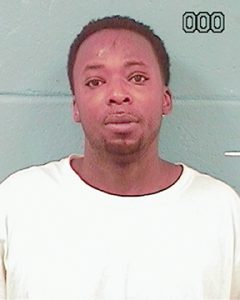 Several veterans at an event Saturday organized to show appreciation to them for their sacrifices dodged the spotlight and instead... read more