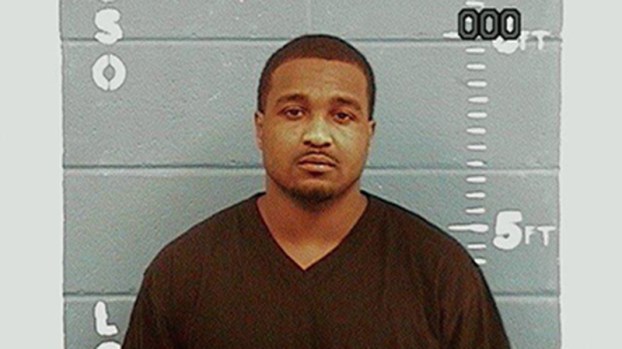 With his mother by his side, the fourth of five suspected bank robbers surrendered to Brookhaven police earlier today.

Pierre Thomas II, 25, whose address is listed on Funches Street, was arrested on a charge of armed robbery for his part in a heist at State Bank & Trust Co. Aug. 31. He was booked at 3:40 a.m. in Lincoln County jail.

“His mama brought him in early this morning,” Chief Kenneth Collins said.

Collins said he appreciates Thomas’s mother for her role in the man’s surrender.

“I want to thank her for the strength and courage it had to take to bring her son in,” he said. “This family is honest and hard-working.”

Collins is encouraging Williams’s family to bring him in as well.

“They are honest and hard-working people, too,” he said.

In the meantime, police will continue to raid locations where Williams’ may be trying to hide. BPD is being assisted by other local, state and federal agencies.

Collins also thanks the individuals who are giving information to police to assist the investigation.

“Without their help, without us staying together, we can’t keep our town safe,” he said.

The bank’s Star Town branch at the corner of East Monticello Street and Dr. Martin Luther King Jr. Drive was robbed at gunpoint shortly after 8 a.m. a week ago. The branch opens at 9 a.m.

The two female clerks at the branch were not injured.

BPD immediately put out the call for assistance from other law enforcement agencies. Lincoln County Sheriff’s Deputy Bateman Stilley spotted Robert Collins Jr. about two blocks from the bank and apprehended him. Sheriff Steve Rushing said Stilley saw the soles of Collins’ tennis shoes sticking out of the wood line. He held him until backup arrived.

Collins, 28, of 625 E. Chickasaw St., is not related to Police Chief Kenneth Collins.

Police have conducted at least five raids in various locations.

“Anybody that’s caught aiding them in any type of way will be charged,” Collins said.