Funeral services for Robert “Bobby” Carroll Shows Jr., originally of Lincoln County, will be Tuesday, Sept. 12, 2017, at First Baptist Church in Brookhaven at 10 a.m. with burial in the Easthaven Cemetery in Brookhaven. Rev. Glen Shows will officiate the services. Brookhaven Funeral Home is in charge of arrangements.

Shows was an ordained minister; had served as director of activities for Southern Baptist Churches in Mississippi, Louisiana and Missouri; and was on staff at the Missouri Baptist Convention. He was founder and director of Sports Crusaders Ministry, a basketball referee and a basketball coach. He played on three SEC championship teams and went to the Game of Change at the NCAA tournament in 1963.

He was preceded in death by his parents, Robert Carroll Shows and Jenny Lucille Berry Shows. 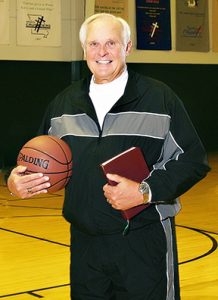