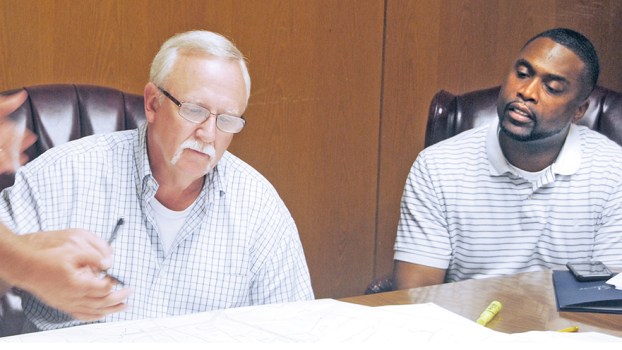 Would a new pool put the city of Brookhaven under water?

Can the City of Brookhaven afford to build and operate a public swimming pool? That’s the question city leaders are hoping to answer after Ward 2 Alderman Shannon Moore suggested building a pool.

The city has been swimming in pool questions for years.  In 2015, the Board of Aldermen set aside $25,000 for a pool study that was never used, and earmarked $50,000 in 2016, but it wasn’t used either. No studies were ever done on the feasibility of constructing a pool.

“They had an opportunity to use the money and go forward with the study the past two years,” said Mayor Joe Cox. “The idea was never pushed and a plan was never put in place.”

This year, the city plans to spend $12,000 on a pool study. Moore has been the main advocate on the board for bringing a city-owned, public pool to Brookhaven.

“I would be satisfied with a community center, pool and a park,” Moore said. “As far as funding, I feel that the board as a whole will decide how it should be acquired when the study is complete. I believe the board can work together and try to make this a reality just as they did the animal shelter.”

In August, at a public work session, Moore criticized Ward 5 Alderman Fletcher Grice, who conducted his own unofficial study of what a pool might cost the city.

“I went online to see what the average size of a community pool is. You have options of a short-course pool or a long-course pool. The average cost to put the smaller pool in was around $308,448,” Grice said. “If added amenities such as a diving board and different things, it comes to around $441,000. The long course pool comes out to $1.4 million just to build the pool.”

Two years ago, then-Recreation Department Director Terry Reid was asked to put together some numbers on the cost of a public swimming pool. He talked to the city managers of Indianola and Cleveland, cities similar in size to Brookhaven.

“A minimum pool for a town our size is going to be $500,000 just for the pool,” Reid said then. “You have to hire an engineer and an architect, they tell you how big it’s supposed to be. You need showers, pool house, dressing rooms and people in there monitoring these rooms because you’re dealing with children and adults in a public setting.”

The $500,000 was for an outdoor pool, not a recreation facility, and the rec department estimated the yearly cost to operate it would be around $100,000.

The Daily Leader spoke with the director of Indianola’s public works department about the city’s pool. The Indianola public pool has been open for many years.

“We recently spent over $100,000 in renovations to the pool. About half of that money came from the city budget and half came from the Delta Health Alliance,” said Carolyn O’Neal.

The Delta Health Alliance is a non-profit organization that promotes health care and education in the Mississippi Delta.

O’Neal has been in charge of the public pool for more than 17 years. She gave a breakdown of what the city spends on the pool:

• $21,000 to pay employees from June through August when the pool is open.

“All of the money used for the pool comes from our city budget,” O’Neal said. “We are usually open from June 1 to Sept. 1, but generally have to close in mid-August due to kids going back to school.”

The city charges $1 to enter the facility. Approximately 80 people used the pool daily in June. O’Neal said the numbers drop to about 50 people a day in July and even lower than that in August.

Statewide Pools Service Manager Dewayne Bass said a pool of that size would be a minimum of $300,000 to construct.

“That’s not the deck, pumps or filters,” Bass said. “You can easily get up to $500,000, it’s just according to what you want. There are a lot of variables.  That’s not including bathrooms, furniture, locker rooms and stuff like that.”

He also explained how expensive chemicals and maintenance for a large pool, like a public, city-owned pool, can get.

“We have over 200 pools that we maintain. We have three to four guys and that’s all they do. They go out and vacuum pools, take care of the chemicals and stuff like that. Those customers spend $350 a month and that’s just a small residential pool. Something like a community pool, you can expect to times that number by 10,” Bass said.

If the city decides to construct a pool, raising taxes would be one way to pay for it. City Clerk Samantha Melancon said the city would have to increase taxes 5 mills, up from the current 43.40, to generate the approximately $500,000 it would take to construct a pool. That doesn’t include the cost of a facility to house bathrooms or changing rooms.

“For us to have a community center or pool, that’s all great. I don’t have a problem with it, but how do we fund it and where do we put it,” Grice said. “We all have wants, but you only have a certain amount of money to spend on these things. You can go out and raise taxes and get anything you want, but we’re trying not to do that.”

Grice said the city should focus on providing quality police, fire, and water and sewer service.

Ward 4 Alderman Jason Snider was the only board member to vote against spending $12,000 for a pool study.

“I’m against it based on the projected incomes we have for the upcoming year,” said Snider.

The city currently operates 10 public parks, three of which have splash pads.

Other governments nearby have moved ahead with pool plans. Officials in Adams County and Natchez plan to spend more than $1 million for a pool complex, which they hope will be operated by the YMCA. Officials broke ground in 2016 but construction has yet to begin. The project there will be funded by the city and county, with an agreement between the two calling for both governments to cover a 10-year bond. For Natchez, the funds would come from money pledged for recreation by Magnolia Bluffs Casino.

Getting wild at the expo

Weston Woolley loves a scaly reptile. He was in awe Friday night at the Lincoln County Wildlife and Outdoor Expo... read more