A Brookhaven man accused of scheming against a life insurance company could face up to 10 years in prison if convicted.

According to Attorney General Jim Hood’s office Monday, John M. Chance Jr., 45, turned himself in to the Adams County Sheriff’s Office Friday. He was indicted last month by an Adams County grand jury for attempting to obtain the release of an insurance policy assignment by presenting false release forms to the Southwest Mississippi Planning and Development District.

SWMPDD, headquartered in Natchez, is a private, non-profit organization created for the purpose of providing regional community and economic development services to a 10-county area that includes Adams and Lincoln counties as well as Amite, Claiborne, Franklin, Jefferson, Lawrence, Pike, Walthall and Wilkinson counties.

The SWMPDD secures and administers grants and other funding for its member governments, provides direct assistance to individuals in areas such as financing for business start-up and expansion and services to senior citizens.

The indictment states Chance delivered those forms seeking to obtain funds in an amount greater than $500 on insurance policies written by Southern Farm Bureau Life Insurance Company but that the scheme failed when SWMPDD determined that the release of assignment forms being presented by Chance were fraudulent. 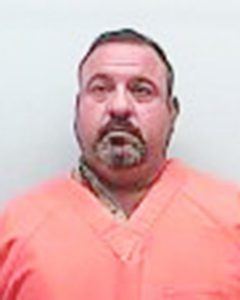 Would a new pool put the city of Brookhaven under water?

Can the City of Brookhaven afford to build and operate a public swimming pool? That’s the question city leaders are... read more