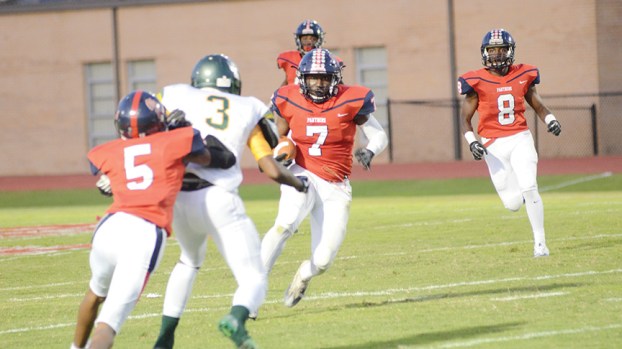 What we learned from week four of football

Week four is officially in the books for the 2017 high school football season in the state of Mississippi and we learned a lot about the eight local teams.

Brookhaven and Brookhaven Academy continued their winning ways as both schools picked up key wins Friday night to move to 3-1 on the season.

After giving up a large lead in the fourth quarter to go to overtime, Lawrence County didn’t falter and pulled out an impressive road victory over Bay 40-37.

West Lincoln and Enterprise suffered tough losses Friday night. For Enterprise, the team is battling through some injury issues that could set the team back this season.

Here are the major takeaways from week four of the high school football season.

After giving up 55 points the week before in a loss to Wesson, the Bobcats clamped down on defense and shut down the Mount Olive offense and held on for a 10-8 road win.

If the Bobcats can continue getting great two-way performances from Nettles, Godbolt and Dillon, a turnaround season could be in store.

Bogue Chitto looks hungry and motivated after two winless seasons and head coach Gareth Sartin has the team on the right track to a winning season in 2017. They’ll look to continue their strong start Friday night when they host Salem.

Brookhaven shows no signs of slowing down

The Panther offense continues to light up the scoreboard thanks to great play of junior quarterback Sevante Quinn and the ground game, beating rival McComb 55-22 Friday night at King Field.

Quinn went 8-15 passing for 147 yards with four touchdowns and no interceptions. Quinn had a good connection with junior Don Blandon Friday night, who reeled in four catches for 63 yards and two touchdowns.

The running back duo of senior Damarrell Leggett and sophomore JQ Edwards shined Friday night as the two combined to rush for 277 yards and three touchdowns.

Sophomore Byrion Robinson led the Panther defense with 13 total tackles and one interception.

The open week comes at the right time for Brookhaven as they hit the road to face 4-0 North Pike in two weeks.

The Cougar defense gave up three touchdowns to Bay in the fourth quarter and the game went to overtime.

After Bay kicked a field goal on their offensive possession, Lawrence County drove down the field for a touchdown and clawed away with the impressive road victory.

Sophomore running back Kylan Cooper had a big game on the ground, rushing for 117 yards on 19 carries with two touchdowns.

The defense stepped up when it mattered most in overtime and gave the Cougar offense the chance to win the game.

After a 0-2 start, the Lawrence County Cougars look like a different team and are ready to turn the season around.

Senior Dale Thigpen and junior JaQuavion Harris continue to lead the Wesson offense as they duo helped the Cobras top Loyd Star on the road Friday 34-21.

The Wesson offense has a lethal rushing attack and should get even better as the season continues.

The Wesson defense also held Loyd Star to only seven points in the second half. If the strong defensive play for Wesson continues, the Cobras will be hard to bear in 3A competition.

The Brookhaven Panthers had no problems taking care of the rival McComb Tigers Friday night at King Field, running away... read more