Graveside service for Julie Bankston, of Brookhaven, will be Friday, Sept. 15, 2017, at 1:30 p.m. at the Whitehouse Cemetery in Waynesboro. Freemans Funeral Home in Waynesboro is in charge of arrangements.

Mrs. Bankston, 87, died Sunday, Sept. 10, 2017, in Dallas, Texas. She was born in Fair River, July 25, 1930, to Walter Henry and Susie Carlisle. She was a member of the Episcopal Church of the Redeemer in Brookhaven, and attended Wilshire Baptist Church while she lived in Dallas with her daughter.

In 1948 she married A.T. (Albert Thomas) Bankston and they were married over 50 years until his death in 1998. She had a heart of gold and never met a stranger. The order of priorities in life was God, family and people. She was always ready to help those in need.

For years she and A.T. lived and traveled to many foreign countries through his work in the oil industry. They lived in Nigeria, Liberia, Ghana, Angola, Spain, Portugal, Ireland, Scotland and the Canary Islands. In every country she would seek to find a Christian church to worship. She met missionaries who would become lifelong friends, as well as, many international friends in their travels and work.

Her greatest joy in life was her family. Her memory will be cherished and never forgotten by all whom she touched in life. She loved the Lord and hoped there would not be sorrow at her death. Just remember: “He heals the brokenhearted and binds up their wounds” (Psalm 147:3).

She is preceded in death by her loving husband, A.T. Bankston; father; mother; sister, Lessie Touchstone; and brothers, John Carlisle and Luther Carlisle.

In lieu of flowers, donations can be made to any of the Shriners Hospitals for Children. 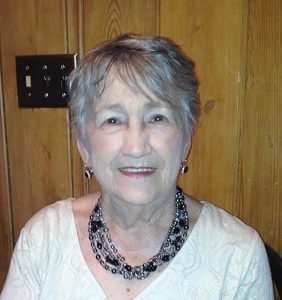