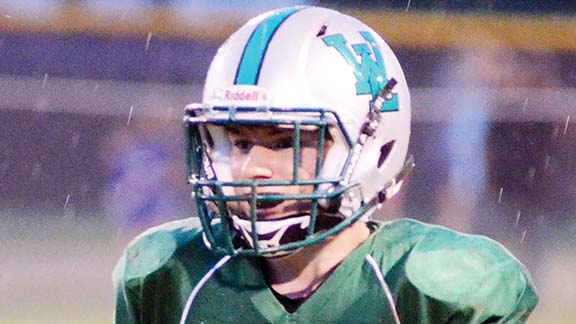 Junior Matthew Case of West Lincoln runs with the football in a game played earlier this season. (Photo by Dylan Rubino)

Felder had a monster game at wide receiver for the Cougars in their win over Sylva Bay. The senior reeled in nine catches for 138 yards and two two-point conversion catches. On defense, Felder also had five solo tackles on defense for Brookhaven Academy.

Robinson was all over the field on defense for Brookhaven High School with 13 total tackles and one interception in their 55-22 win over McComb Friday night.

As the starting center for the Loyd Star Hornets, Hester was dominant for all four quarters and made a significant impact for the Hornet ground game in their loss to Wesson Friday night. Hester continues to impress for the big boys up front.

For a depleted Enterprise Yellow Jacket team, senior running back Tanner Waldrop has been a consistent bright spot for the football team.

Case played a great game for West Lincoln under center. The junior threw for 139 yards on 13-of-27 passing with one touchdown and one interception. Case also rushed for 55 yards on 10 carries in their loss to Pelahatchie.

Porter had a monster game at defensive tackle for Bogue Chitto Friday night in its 10-8 road win over Mount Olive. The junior had a game-high 18 total tackles.