Funeral services for James Russel “J.R.” Stubbs, of Summit, will be Tuesday, Sept. 19, 2017, at 11 a.m. at Hartman-Jones Funeral Home in McComb, with burial at Pike Memorial Gardens Cemetery. Rev. Timothy McCaffrey and Pastor Woody Rimes will officiate the services.

He was an electrician and a division electrical foreman for the ICG Railroad and served in the U.S Army during WWII. He was a member of the First Baptist Church of McComb, and served as a Sunday school teacher for the men’s class. He was a past president and served on the Board of Directors at the McComb Federal Credit Union Association and was inducted into the State Hall of Fame in 2008. He loved to play golf, which he took up after retiring. He was a past owner of Lakeview Golf Course and was a Little League and Babe Ruth coach and was proud to have won a state championship. He will be sadly missed by those who knew and loved him. 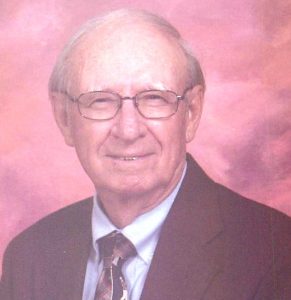 A memorial service for Marsha Jean Miller Bardwell, of Bogue Chitto, will be held Sunday, Sept. 17, 2017, from 2... read more