She’s a leader and a cheerleader.

Her name is Anna Claire Babb, a sophomore at Copiah-Lincoln Community College, and she has a promising future in dentistry.

“After I graduate from Co-Lin in the spring, I plan on going to Mississippi College and then to the University of Mississippi Medical Center in Jackson to go to dental school,” Babb said. “Most people don’t know that I graduated high school a year early. I took a year off and worked full-time as a dental assistant before deciding to go to college. Working there really opened my eyes to the world of dentistry.”

Babb, 19, is originally from Natchez. She lives in Wesson during the week, and commutes back to Natchez on the weekend.

This is her second year cheering for the Wolfpack.

“I love cheering on Thursday nights for the football team,” Babb said. “I also cheered in high school. It’s a big part of my life.”

According to Babb, her favorite thing about cheerleading is being a role model to young girls who look up to her. She said that she wants to be a leader and set a good example for them.

“I’ve always had a gift in leadership. I feel like God called me to lead others. It comes with a lot of responsibility and it takes a special person to do that,” Babb said.

Perhaps she gets her leadership skills from her brother Jordan, who is a reconnaissance Marine based in California.

Besides being a cheerleader, Babb is a part of many organizations at Co-Lin, such as: Phi Theta Kappa, New Alpha Theta, Phi Beta Lambda and the science club.

On weekends, Babb attends Stanton Baptist Church in Natchez, where she sings in the worship band. Her favorite artists include Chris Tomlin and Casting Crowns.

While at home, she enjoys eating at Darby’s Fudge in Natchez.

She also loves spending time with her family.

In the future, she wants to move back to Brookhaven or Natchez and open up her own dentist office. 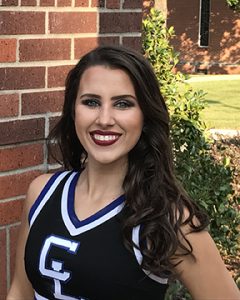 BATON ROUGE, La. (AP) — An autopsy is planned today on the body of a Louisiana State University student whose death police are... read more