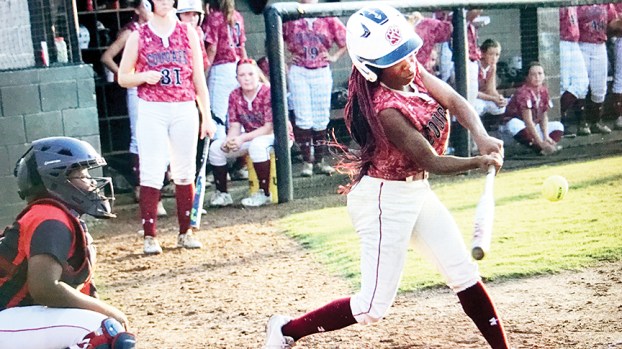 BHS scored its only two runs in the top of the first. Kat Wallace led off for the Lady Panthers with a double. With two outs, Alex Gines nailed a two-run home run to get Ole Brook on the board.

The Lady Cougars’ Maddux Kirkland got her team on the board with a RBI double. With two outs, Kaitlin Wallace hit an RBI single to tie the game at 2-2.

Lawrence County’s Ashley Holden broke the tie with a sacrifice run batted in.  Josey Nations added to the Lady Cougars’ lead with an RBI single. The Lady Cougars kept adding onto their score with a two-RBI home run by Ty Davis before the Lady Panthers could get the final out. The Lady Cougars led 6-2 heading into the top of the third.

Although Brookhaven managed to get runners on bases in the third inning, they couldn’t take advantage, as the Lady Cougars’ defense was able to turn a double play to end the inning. The Lady Cougars secured their win in their half of the third, scoring 12 runs. Kaitlin Wallace, Skyler Speights and Maddux Wallace each hit a home run in the third. Ty Davis, Abbie Errington and Julianna Johnson contributed with RBIs.

Hot seats not cooling for SEC coaches like Sumlin, Malzahn

The Southeastern Conference coaches who entered the season facing questions about their job security haven’t done much to quiet them.... read more