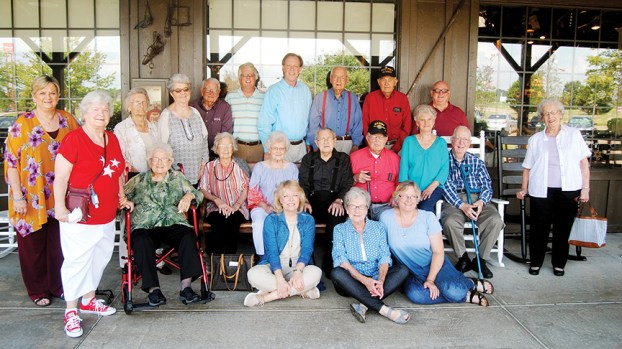 These seniors celebrate a 90th birthday every year.

Four years ago, several Sunday school friends at First Baptist Church Brookhaven started a 90-year-old birthday celebration that would be hosted every September.

“This was all Jack Combs’ idea,” Rhodes said. “We had several people turning 90 in our Sunday school class. He told us that we’re not going to have five separate parties. We’re going to have one. And that’s how the 90s club got started.”

For the initial year, the group celebrated at Porches Restaurant in Wesson.

Since the crowd kept growing larger, Rhodes and his friends decided to invite everyone — birthday or not.

Combs is the moderator at the celebration. Every birthday party has gifts, and this one is no exception. Women are given pins and the youngest in attendance receives a $2 bill.

“It’s all about fellowship. We recognize the 90-year-olds and it’s a lot of fun,” said Rhodes.

Kasie Beth Brown recently celebrated her first wedding anniversary with her husband David and their kids. “No human kids, but... read more