Mr. Douglas, 74, died Saturday, Sept. 16, 2017, after a courageous battle with cancer. He was born July 8, 1943, in Memphis, Tennessee, to the late Marvin E. Douglas and Nettie June (Kimbrough) Douglas.  He made the admirable decision to donate his body to the University of Mississippi Medical Center to support the advancement of medical research and science.

He is preceded in death by his brothers-in-laws, Gene Brownlee, of Whitehouse, Texas, and Sam Mullins, of Milton, Florida.

Memorials may be made in honor of “Jak Douglas” to the Central Mississippi Down Syndrome Society (CMDSS), P.O. Box 935, Jackson, MS 39205 or 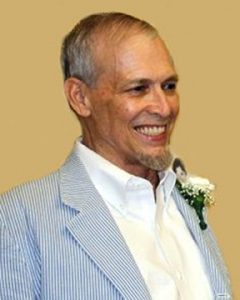