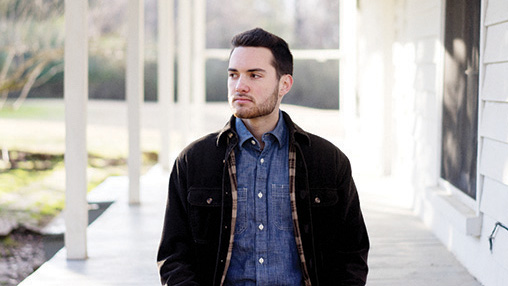 Brookhaven native Sam Mooney is gearing up for the Ole Brook Festival kick-off concert on Friday.

Born and raised as one of seven children in Brookhaven, Mooney is looking forward to playing in front of friends and family.

“Hometown shows are always special. You get an opportunity to play in front of people that have followed and supported you since the beginning,” Mooney said.

Mooney was greatly influenced by the music throughout the Mississippi region. He collects albums from R&B pioneers such as Ray Charles, Dr. John and B.B. King.

At 8 years old, Mooney began taking piano lessons at Brookhaven Music and Sound. He started writing songs as a teen.

In 2013, Mooney was the grand award winner in the Mid-South Fair Youth Talent Competition. The win earned him $2,000 and a trip to Los Angeles to tour CBS Studios and meet with entertainment industry professionals.

The album reached No. 1 on the iTunes singer/songwriter EP chart.

In the fall of 2014, he enrolled as a full-time student at Ole Miss and has toured throughout the southeast.

“This is a great job,” said Mooney. “Some of my closest friends that I’ve gained have been from playing music together. The most rewarding thing about this industry is bringing joy to people through your work.”

He said he really enjoys being on stage and watching people have a good time in the audience. He’ll do that on the main stage on Cherokee Street beginning at 6 p.m.

Following him is world-renowned guitarist and vocalist — and Mississippi blues legend — Vasti Jackson.

Jackson was inducted into the Mississippi Musicians Hall of Fame in 2012. He also was the recipient of the 2015 Albert King Lifetime Guitar Award.

The kick-off concert is free to the public. Organizers encourage concert-goers to bring lawn chairs.

Katie Nations with the Brookhaven-Lincoln County Chamber of Commerce has announced road and parking lot closures for the festival.