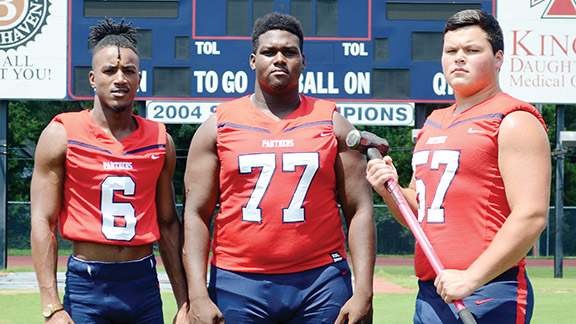 Three Brookhaven Panthers made the roster for the 2017 Mississippi-Alabama All-Star Game.

Defensive back Jemaurian Jones, defensive lineman Jeffery Johnson and offensive lineman Trace Clopton were announced as members of the team at a press conference Wednesday.

Brookhaven coach Tommy Clopton was named as the scout coach for the team.

The All-Star game will be played Dec. 16 at M.M. Roberts Stadium at USM. Forty players were chosen to represent Mississippi. Athletes were chosen by a committee of all-star coaches and sports writers.

The rosters for the Bernard Blackwell All-Star Classic were also named.

The Bernard Blackwell All-Star Classic will be played Dec. 9 in Gulfport. Forty players were chosen for the North and South rosters.

Six Lincoln County-area teams are in district play this week