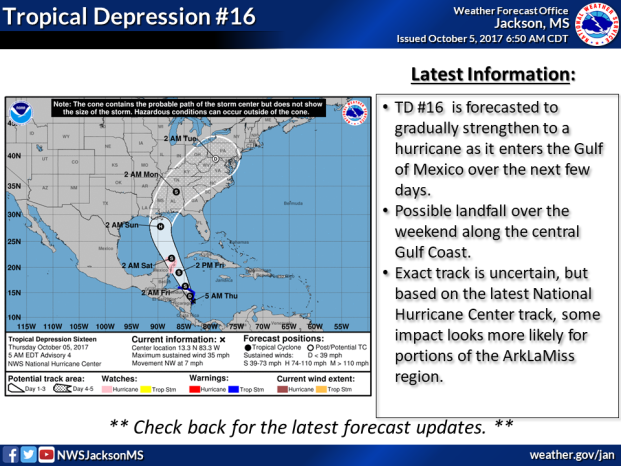 Tropical Storm Nate has formed off the coast of Nicaragua and is on a forecast track that shows it eventually approaching the U.S. Gulf Coast this weekend.

Nate’s maximum sustained winds Thursday morning are near 40 mph and the U.S. National Hurricane Center says strengthening is likely as the storm moves over the northwestern Caribbean Sea Thursday night and Friday.

The storm is centered about 10 miles south Puerto Cabezas, Nicaragua, and is moving northwest near 8 mph. The storm’s current forecast track shows it possibly approaching the Gulf Coast over the weekend as a hurricane.

It would have been a tad more fitting if the triangle slab that holds the Dr. Albert L. Lott Historical... read more